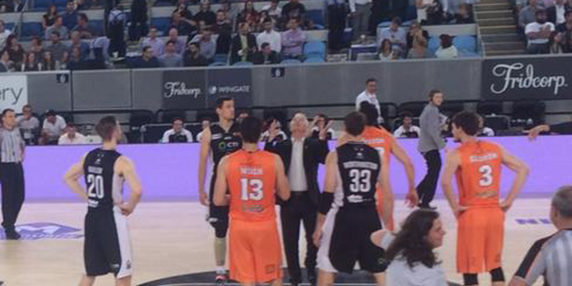 This morning on the Today Show, Daniel Andrews, when discussing Melbourne’s future capacity to host major events, said: “…Victoria’s been a bit sleepy in the last three or four years, well that all changes now”.

However, during this so-called “sleepy period”, Victoria either hosted or secured hosting rights for the Cricket World Cup, the Asian Cup soccer tournament, a game at Etihad in the 2012 State of Origin series, and the Liverpool exhibition match.

In the coming months, Melbourne will also host the International Champions Cup matches at the MCG between Manchester City, Real Madrid, and AS Roma, all of which were secured under the former government during this so-called “sleepy period”.

Indeed, last night’s State of Origin at the MCG also had nothing to do with Daniel Andrews, with the hosting rights negotiated several years ago.

Daniel Andrews’ capacity to misrepresent and take credit for bringing these world-class events to Melbourne is absolutely shameless.

This is just another example of Daniel Andrews’ playing politics and taking the media and public for mugs.