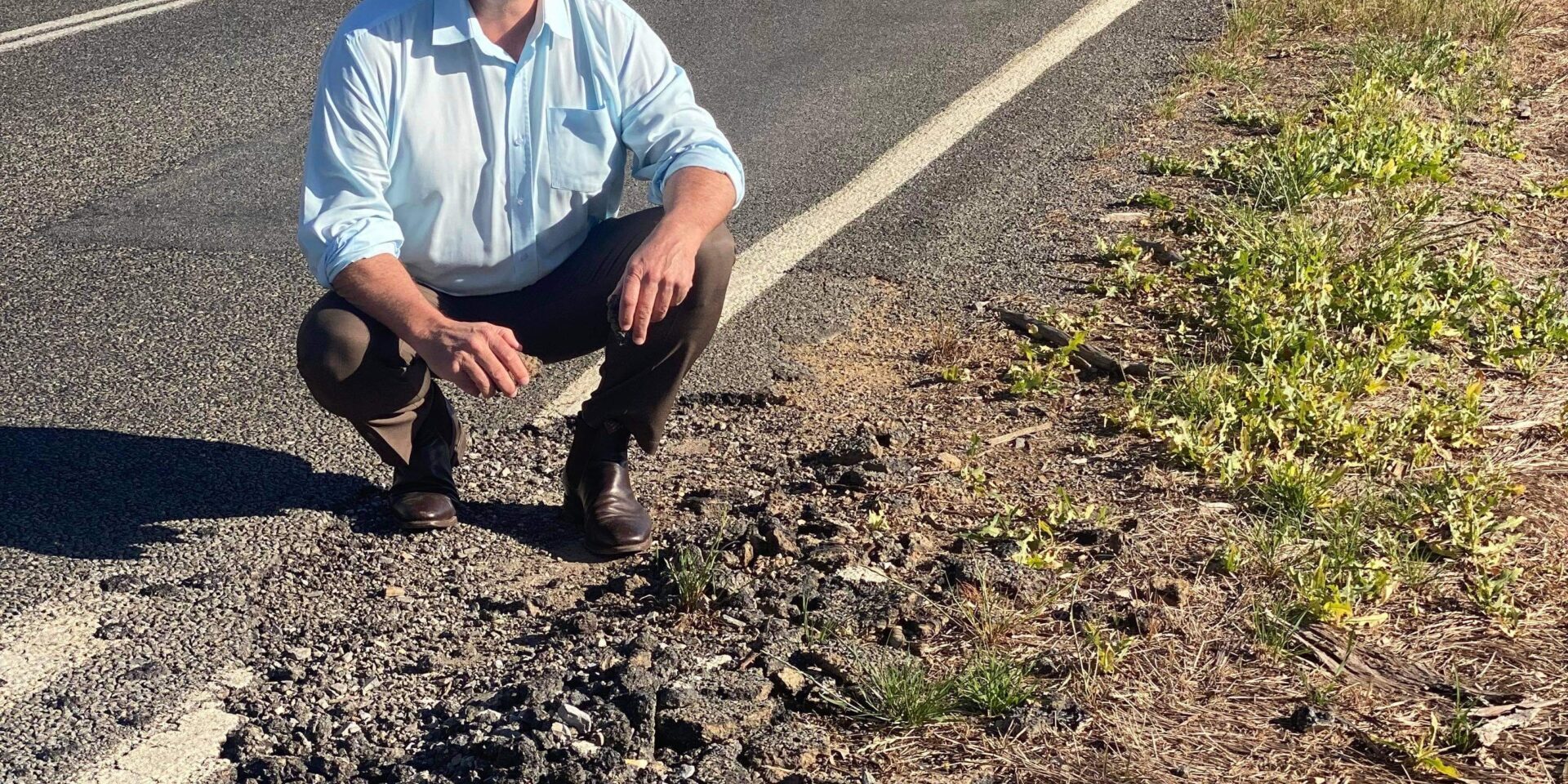 The accusation about country roads in Victoria was made during parliamentary debate in a tirade about road safety by eastern metropolitan Labor MP Vicki Ward.

Mr McCurdy said, “All ignorant comments like this do is confirm that Labor MP’s like Ms Ward have not seen, nor experienced firsthand the extent of our crumbling road shoulders, dangerously rough surfaces and large potholes on our regional roads.”

Labor cut 25 per cent from road asset maintenance in last year’s State Budget, decreasing the budget from $807 million in 2021 down to $616 million.

He continued, “Earlier this year I spoke on this issue in Parliament and voiced my concerns for the growing amount of loose gravel and potholes on our regional roads and it is very disappointing to hear that even a few months on, Labor MPs like Ms Ward are pretending this issue simply does not exist. This is not good enough.

“Road safety and the number of lives lost on our roads should not be dependent on your postcode.”

Mr McCurdy concluded, “Band-Aid fixes like lowering the speed limit to 80km/h will not remove the constant risk that regional drivers face when they hit large chunks of loose gravel, or potholes.

The Nationals Party will continue to push for safer country towns and greater investment from the Labor Government to ensure regional roads are up to scratch, potholes are repaired properly, and road surfaces are safe.