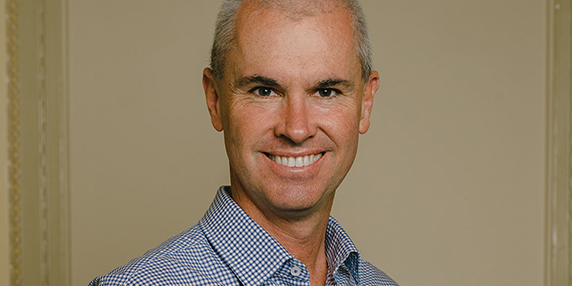 The people of Northern Victoria finally have full representation in parliament after Daniel Andrews backed down and allowed a joint sitting to swear in Luke O’Sullivan as The Nationals’ new MP in the Legislative Council.

Daniel Andrews had been bullying the Parliament since August 16 but was forced to back down as a joint sitting of the State Parliament is also required to replace Federal Labor Senator Stephen Conroy after his shock resignation.

“Daniel Andrews treated the people of Northern Victoria with total contempt with his childish nonsense in recent months, but in the end his bullying and intimidation tactics got him nowhere,” Leader of The Nationals Peter Walsh said

“Mallee born and bred, Luke has a great understanding of the communities, issues and industries of the region he now represents.

“The people of Northern Victoria don’t care for the petty political games Daniel Andrews has been playing, they’re concerned about real issues like getting their washed-out roads fixed, having a secure job, a good local school and hospital for their families, and a CFA station that isn’t beholden to the unions and that’s what Luke will be fighting for.”

Mr O’Sullivan said he was relieved to officially be a Member of Parliament.

“Labor took standard Parliamentary procedure and turned it into a circus,” he said.

“It is clear they aren’t focused on what is best for Regional Victoria so I’m glad I can now get on with my new job.

“Over the past few weeks, we have seen rising flood waters in Northern Victoria and the release of alarming crime statistics that reveal the extent of the Andrews Labor Government’s law and order crisis.

“We also need to make sure that regional Victoria gets its fair share of investments following the $9.7 billion sale of the Port of Melbourne lease.”