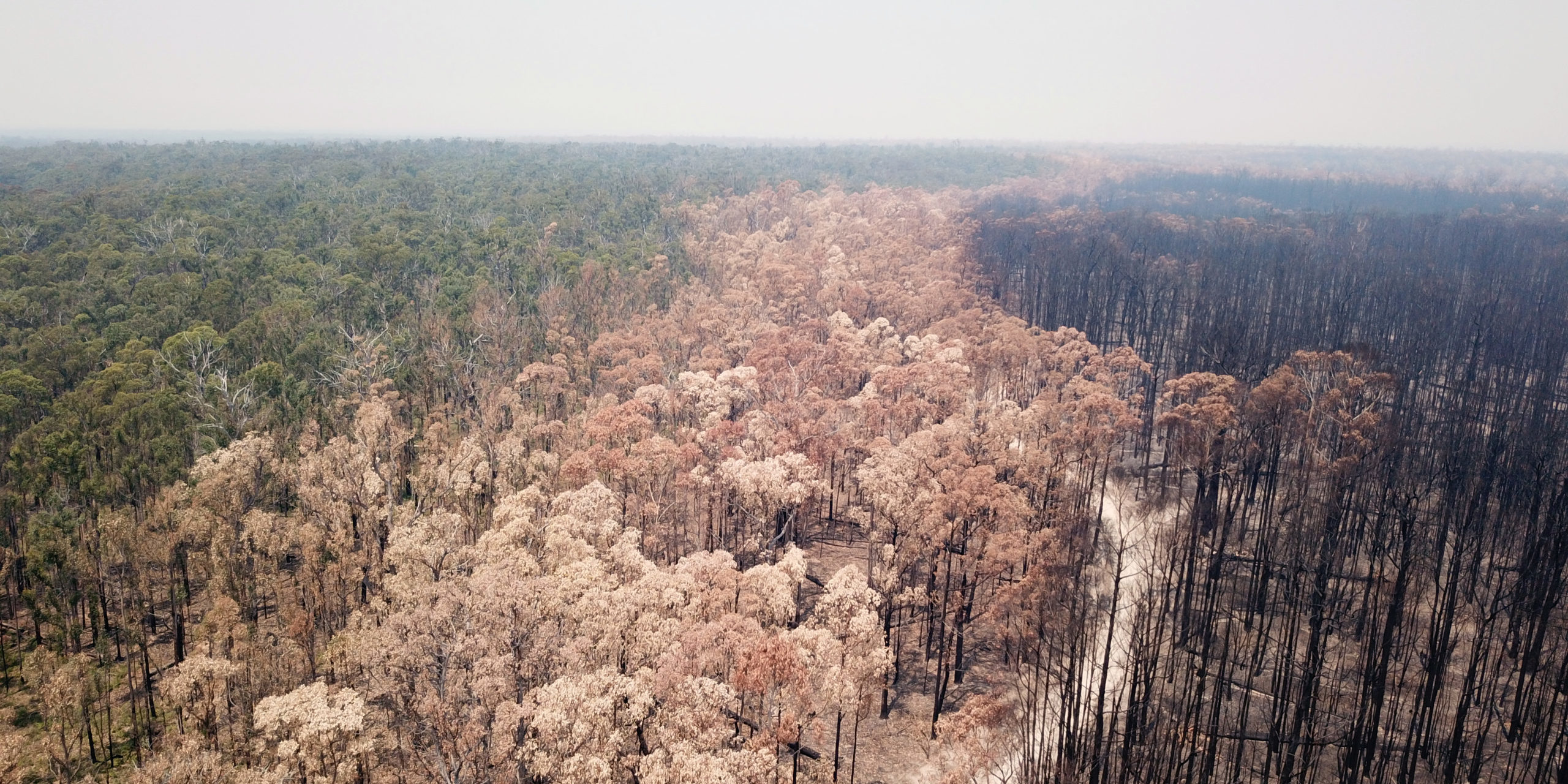 A new campaign is aiming to put maximum pressure on the Andrews Labor Government to increase fuel reduction on public land to better protect country communities from bushfire.
Nationals MPs recently joined Bush Users Group United (BUGU) to call on the government to adopt a five per cent target, as recommended by the 2009 Black Saturday Royal Commission.
Gippsland East Nationals MP, Tim Bull said East Gippsland’s devastating bushfire season had highlighted the urgent need to do more to keep our communities safe.
“The Andrews Government has recklessly abandoned a five per cent fuel reduction target on public land, leaving our communities at unacceptable risk,” said Mr Bull.
“We know that planned burns are absolutely vital to making sure that bushfires aren’t as intense and aren’t as destructive as we’ve seen this summer, but Mr Andrews has dropped the ball.
“Take the example of the Painted Line Track fire (pictured) on New Year’s Eve (which was a horrific day), when the crown fire reached the area which had been fuel reduced, the heat scorched the trees for about 20 metres on the east side of the track, but the fire was then stopped as there was no ground fuel to burn.
“The benefits of fuel reduction burning I think are best outlined in a presentation from a firefighter named John Fisher, who addressed a previous Inquiry and said:
The opponents of fuel reduction burning fail to realise the operational difficulty of fighting a wildfire in extreme conditions. The only option or tool that we have available is the manipulation of fuel in the fire triangle (oxygen, ignition and fuel is the fire triangle – the three things fire requires).
Even in a fuel-reduced area on extreme days there is no question that fires can burn through those fuels as well – on extreme days – but the moderating effect of that fuel reduction activity is quite profound and is quite useful in the periods of the day when those extreme fire behaviours wane.
“Closer to home an Inquiry after the 2011 Tostaree fire – which occurred in the area between Lakes Entrance and Orbost – concluded that the network of previous fuel reduction burns in and around the Tostaree area was an important element of the control and containment strategies used on the fire.
“Reports from local firefighters said it was only when that fire front hit the area that had been exposed to a fuel reduction burn that its intensity diminished to a level that it could then be controlled.
“Every year we put out large numbers of lightning strikes in summer, which we need to do to protect communities, but they would normally amble through our landscape in the warmer months before they hit an area that was burned the previous year or in recent years.
“When we put out all these lighting strikes, we alter what would normally occur and then we do not restore the balance when it is safer.
“In a warmer and dryer environment, if we allow fuel loads to build up again to record levels without the appropriate levels of control, this will just happen again down the track. We need to make up in the cooler months for what those lightning strikes would normally do in summer.
“The Nationals are committed to making sure that our communities are as safe as possible and that includes listening to the experts by recommitting to a target on planned burns,” said Mr Bull.
“I have initiated a petition that will be circulated in our most vulnerable communities in East Gippsland in support of this campaign.”
Leader of the Nationals Peter Walsh urged East Gippsland people to get behind the BUGU campaign.
“Fuel reduction burns save lives, it’s that simple,” Mr Walsh said.
“Victorians deserve to be safe and more planned burns will increase community safety.
“Daniel Andrews must recommit to what the Victorian Bushfires Royal Commission recommended, a five per cent planned burns target.”
BUGU is a group of everyday Australians who are avid recreational bush users concerned with public land management in Victoria. BUGU has over 15,000 members state wide.