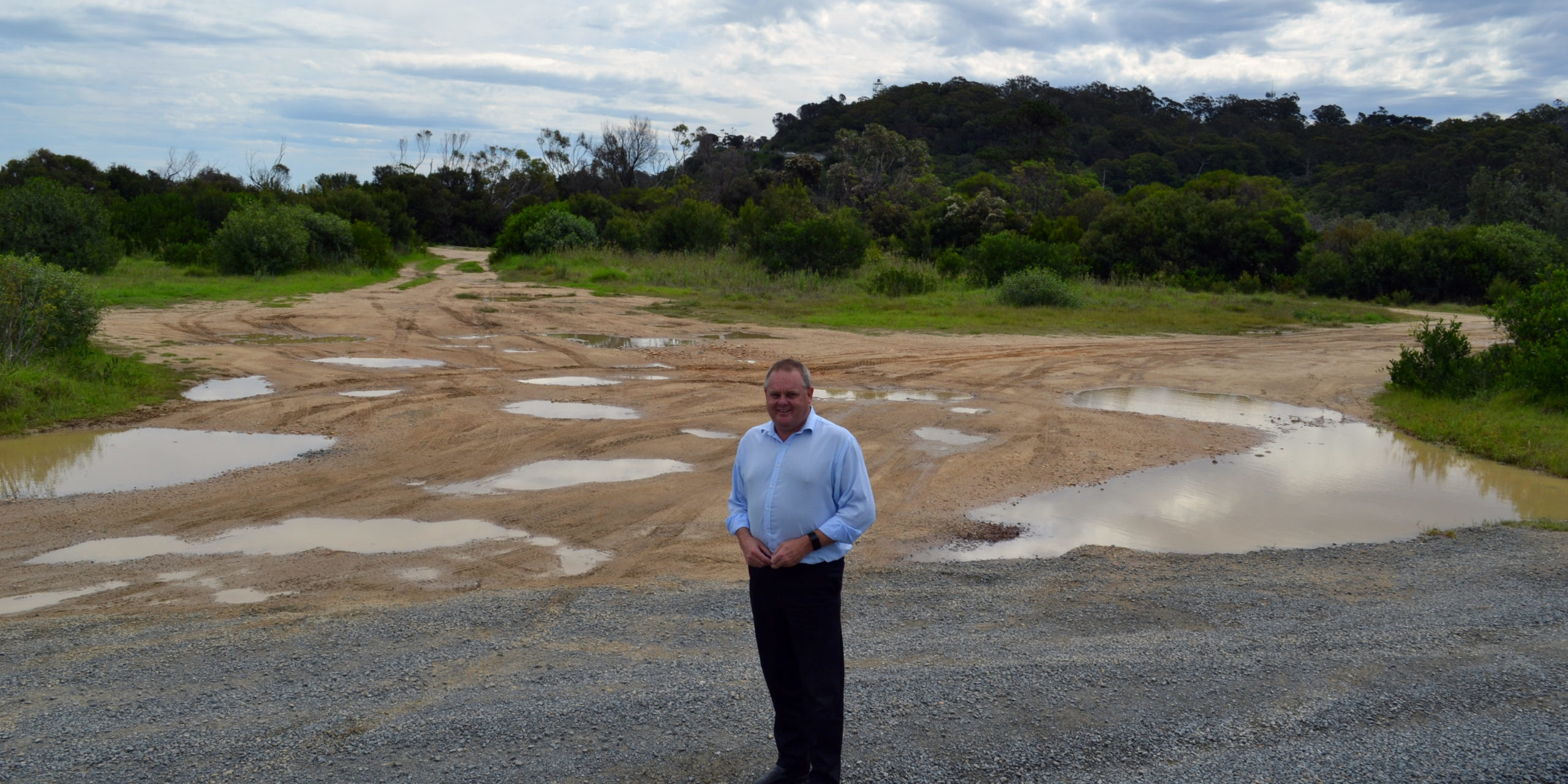 Labor’s bushfire recovery announcement today in East Gippsland will be seen for what it is by locals – totally underwhelming and insignificant.

“What we had announced today was just $2.5m for three projects in East Gippsland – $2m to rebuild the Buchan Caves (which the Government needs to do anyway), $300k for new sprinkler system at the Mallacoota Abalone Co-Operative and $250k for a masterplan for the Paynesville Foreshore (Squatters Row),” said local Nationals MP, Tim Bull.

“Earlier this week I called for a $500m fund to be announced for bushfire impacted regions, given the Federal Government has committed $2 billion and the NSW State Government $1 billion. There’s a big gap between $500m and $2.5m

“When you break it down, we got funds for a master plan, a sprinkler system and works at Buchan they need to do anyway – it’s very disappointing.

“We already know the Squatters Row project is going to cost $7.5m. We have seen that costing some time ago, so any announcement for an updated and more detailed costing should have included funds for the project to follow on.

“Having the entire Labor Cabinet here we were expecting big things, but it’s just scraps off the table and reeks of a government that’s prepared to invest billions upon billions in the city and ignore the bush in a time of need.

“Locals were hoping for a large fund dedicated to bushfire impacted regions – as NSW has done with its $1 billion – but we get basically nothing. There is nothing for Lakes Entrance, nothing for Metung, nothing for Orbost or many other impacted towns and still no direct supports for business.

“No wonder they did not want to tell anyone they were visiting. So much for the Premier saying he ‘governs for all Victorians’ – he is city centric and does not care about the regions at all.

“He and his Ministers fly in under the radar and do not meet any of the local groups that wanted to discuss local issues – what a tokenistic waste of time this was,” said Mr Bull.