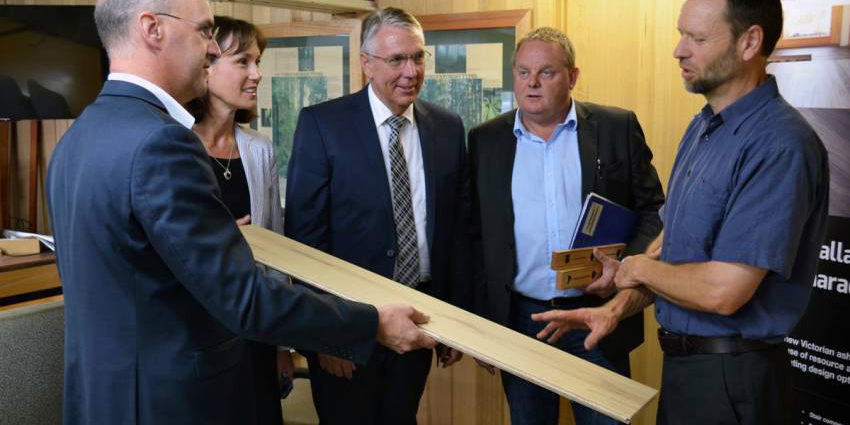 Today’s announcement by Premier Daniel Andrews that the native timber industry in Victoria will be shut down by 2030 will decimate the East Gippsland economy, said Nationals Gippsland East MP, Tim Bull.

“Our communities have had an absolute gutful of arrogant Andrews putting politics first and country people second. Instead of supporting and promoting Victoria’s sustainable forest industries, Daniel Andrews has sacrificed them to keep Melbourne’s latte’ sippers happy.

“His statement that we are going to transition totally to plantation timber by 2030 is flawed. We do not have enough plantation timber in the ground to do this, and furthermore, the high quality timber – appearance grade timber for furniture and floors etc. – takes at least 40 years to grow and can’t be matured viably in plantations.

“I have spoken to mill owners this morning who have confirmed the plantation timber will just not be there by 2030 to replace the native timber supply.

“This is just going to drive up imports, often from countries with far less oversight and regulation and cause massive job losses locally. No amount of money he puts into a package can replace these jobs.

“Let’s take Orbost as an example. Latest figures show that town has just over 110 people directly employed in the industry, making up 25% of all full time jobs in the town. It will decimate Orbost and that is without the flow on being considered, which is just on 50% of all the town’s employment according to the local Chamber of Commerce.

“Then you have Heyfield, where around 20% of the town is employed at the mill. Native timber supply underpins that business and the plantation is not in the ground to replace it by 2030, so what happens then?

“And that is just two towns. Building a new town hall or sports facility is not going to save those long term jobs.

“Of the 7.8 million hectares of public native forest in Victoria, more than 94 per cent of it is in reserve or inaccessible, meaning the timber industry has access to less than six per cent, harvested on an 80 year rotation. Each year, just four trees in every 10,000 are logged, less than 0.04% of the total forested area.

“I am very confident we are going to see the people and industries of the regions, not just forestry, fight the Premier for Melbourne every step of the way on this,” said Mr Bull.