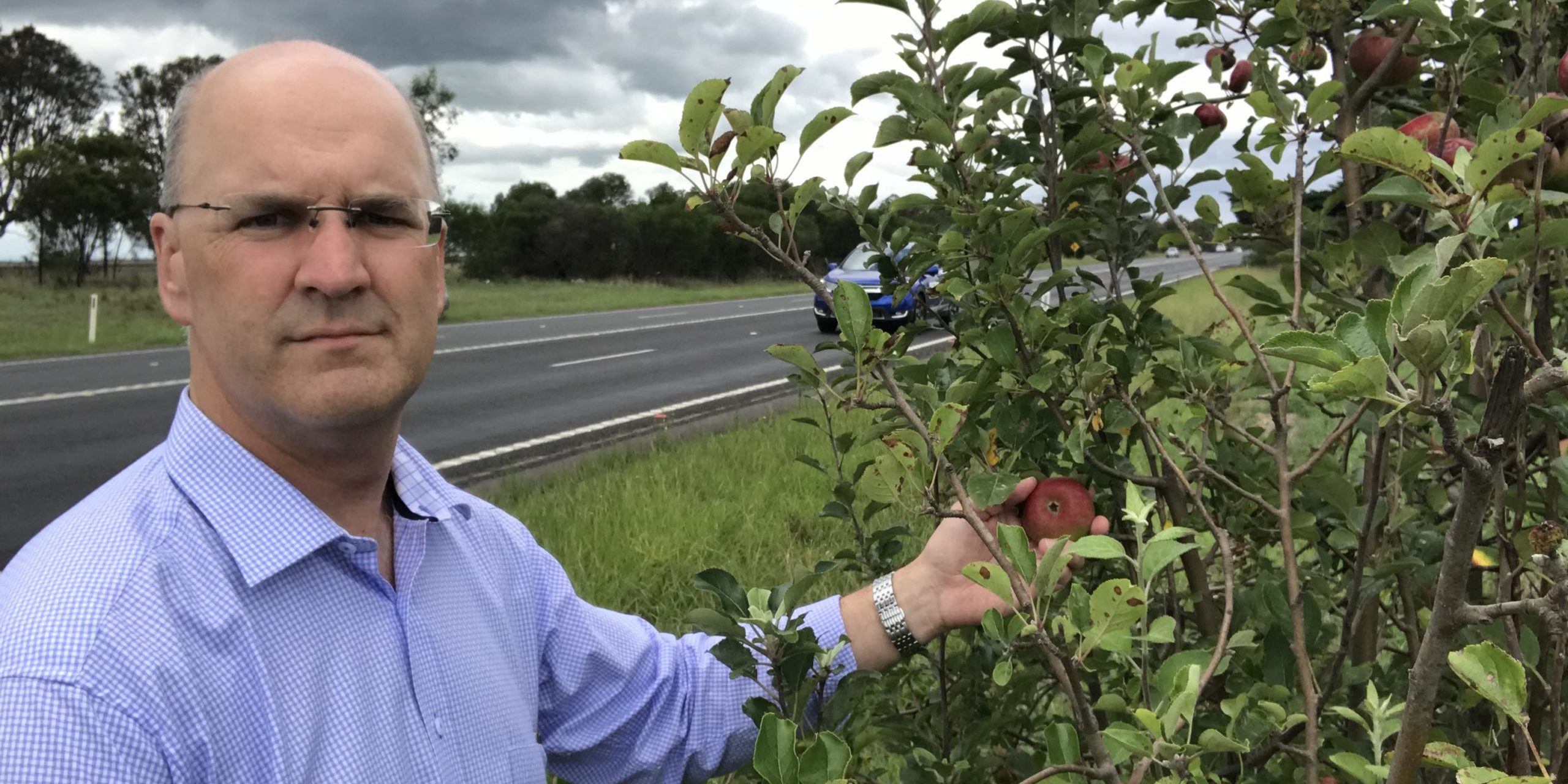 The Andrews Labor Government has been dragging its heels for so long on the Princes Highway duplication between Traralgon and Sale that Mother Nature has taken over.

The Nationals Member for Gippsland South, Danny O’Brien said it was telling that an apple tree is now growing and producing fruit on an area that was previously farmland and has now been fenced off in readiness for the unfinished duplication.

“I noticed the apple tree growing near Kilmany recently and thought it exemplifies the wait that we have all endured for this funding,” Mr O’Brien said.

“This tree is on vacant roadside land set aside for new lanes on the Highway and has grown wild since the fence line and power poles were moved several years ago to make way for the duplication.”

Mr O’Brien said there are two stages left of the Princes Highway duplication between Traralgon and Sale and that in nearly six years in government Daniel Andrews has failed to produce any funding.

“The Federal Government, through the great work of Member for Gippsland Darren Chester, has had $132 million on the table for the last two budgets, which represents its 80 per cent share of the remaining cost.

“Daniel Andrews and State Labor are required to put up just $32 million, which in the grand scheme of things is not very much.

“Bear in mind that as part of the so-called ‘Big Build’ there are numerous multibillion-dollar projects being developed in the city.

“Indeed, the cost blow-outs alone on projects like the Melbourne Metro Tunnel, Westgate Tunnel and the North East Link are many times larger than that needed for the Princes Highway duplication.

“I’m tempted to harvest some of the apples on this tree and send them to Daniel Andrews as a reminder of his failure to upgrade the roads in our region.

“This project has been going for over 10 years now and until State Labor came to power had bipartisan support at both state and federal levels.

“Daniel Andrews claims to govern for all Victorians, but it seems yet again that his Victoria ends at Pakenham.”