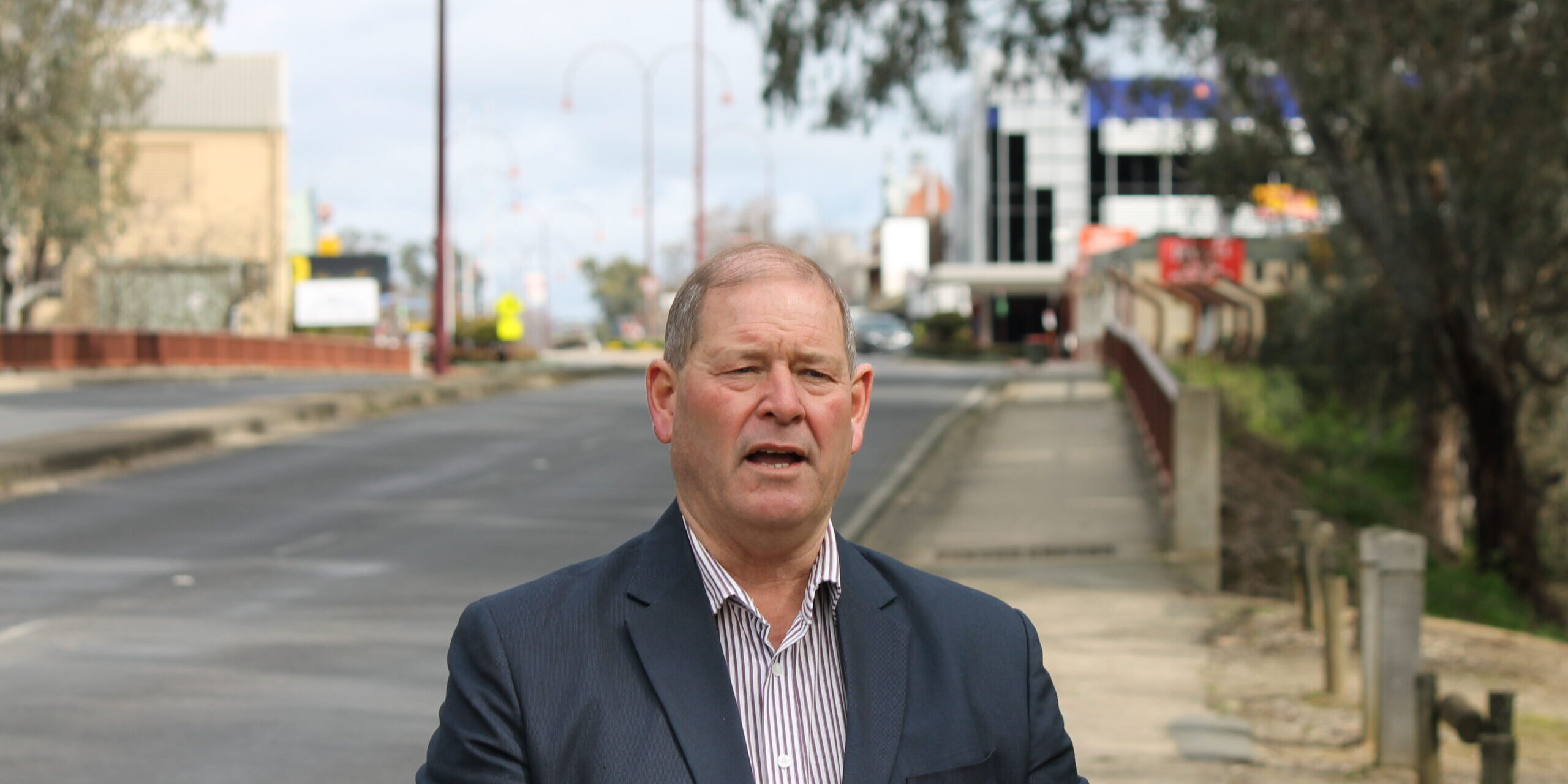 Congestion in the Wangaratta CBD will be addressed with Nationals Member for Ovens Valley, Tim McCurdy, announcing a million-dollar commitment to conduct a comprehensive road and traffic study of the Central Business District in Wangaratta, and exploration of a second River Crossing option.

Mr McCurdy described the pledge as ‘committing to the long-term future of Wangaratta’.

“We know that bridges and bypass roads are a long-term project, however, we still need to seek alternatives to Murphy Street and the congestion that it brings.

“My office is located on Murphy Street, and I regularly see traffic backed up, especially in peak hours.

“Regularly I hear from locals who are concerned about the amount of traffic and congestion throughout the Wangaratta CBD.

“This commitment, if The Nationals are elected to Government in November, is about addressing the concerns around congestion in Wangaratta, as well as improving pedestrian safety, and planning for the future.”

Mr McCurdy stated that the commitment will facilitate the study, as well as comprehensive designs and planning for alternative routes and options to be explored, including a potential second river crossing.

“We know the need for a second river crossing is there, and we know that the public support constructing a second crossing

A survey of over 750 Wangaratta residents, conducted by Mr McCurdy last year revealed that more than 90% were in favour of a second river crossing, with many citing congestion, and the large number of trucks using the CBD as a cause for concern.

Mr McCurdy said, “There was great uptake of the survey, and locals still call me to ask about it.

“I have listened, and I am committing this funding to take the first steps and get the ball rolling.

“Traffic congestion will not go away until we do the work and establish the solution, only then can we hope to build for the future and free up the roads in the centre of Wangaratta”