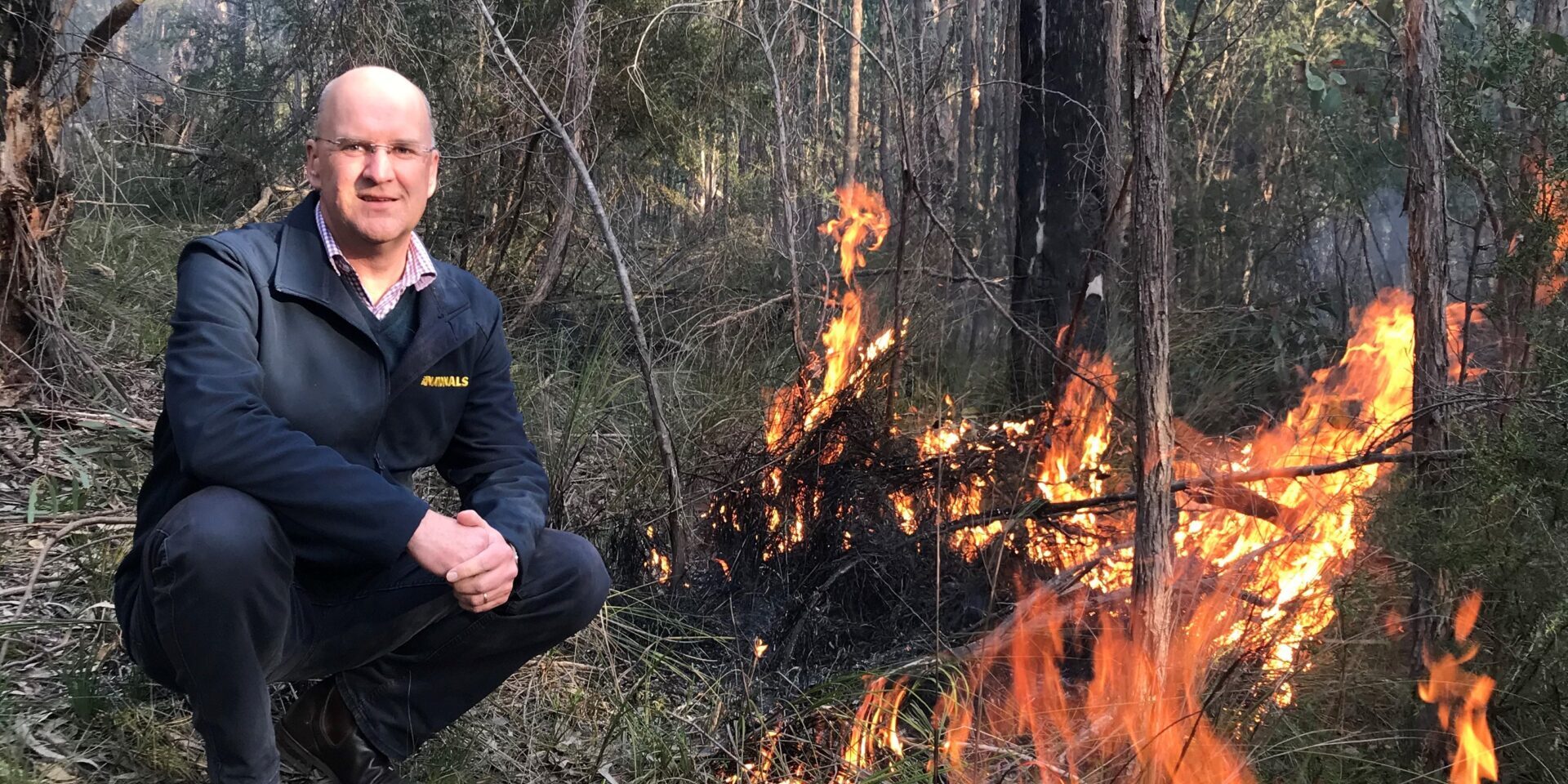 The Nationals Member for Gippsland South Danny O’Brien says regular planned burns in our forest and Crown land is critical to save lives and the environment.

“Planned burns are crucial to the effective prevention of bushfires and failure to conduct them endangers homes and lives,” Mr O’Brien said.

“While planned burns can cause inconvenience and temporarily reduce air quality, residents of Gippsland in particular know that the impacts of a raging bushfire are far worse.

“In spite of this, the treatment of fuel loads to minimise bush fire risk has been a failure of the Labor Government for years now,” Mr O’Brien said.

Mr O’Brien said The Nationals went into the 2018 election with a commitment to utilise more indigenous knowledge of land management to overcome the failings in Labor’s planned burning program.

“Instead of owning up to their short-comings the Andrews Labor Government has continuously duckshoved and blamed climate change for a ‘reduced burning window’.

“Utilising cool indigenous burns can ensure the window that the Government is so worried about can be expanded and our bush and communities better protected.

“Indigenous burning practices show promise in delivering better protection for communities and are more in tune with the natural systems and processes of the Australian landscape.

“Indigenous Australians taught the early settlers and only some groups, like the mountain cattlemen, continued the burning practices that had shaped our nation for millenia.

“We have seen what can be achieved in other parts of the country, particularly northern Australia, utilising indigenous knowledge and groups of indigenous practitioners are now trialling these methods in Victoria.”

Mr O’Brien said it was encouraging to see that the Andrews Labor Government had promised to invest $22.5 million over four years to reinvigorate Traditional Owner-led cultural land and fire management practices, but that action was needed now.