Have your say on roads 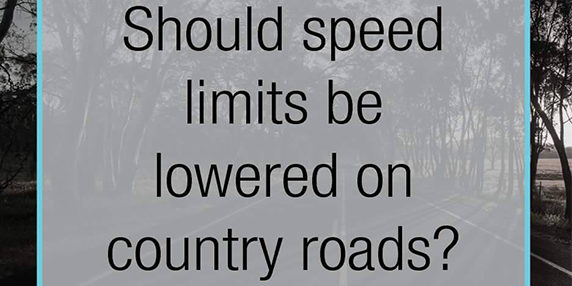 Reports that Daniel Andrews will reduce the speed limit to 70 kmh on some unsealed country roads is just lazy policy by a lazy government, Member for Murray Plains Peter Walsh has said.

The Andrews Labor Government has flagged the government is considering a proposal to reduce the speed limit on unsealed country roads to 70kmh.

Mr Walsh said the Melbourne-centric Labor Government should instead commit to properly funding the maintenance and upgrade of crumbling country roads to keep motorists safe.

“But the State Government is spending less on road maintenance, causing our roads to crumble and putting lives at risk.

“Daniel Andrews’ lazy response is to reduce the speed limit to 70kmh on some country roads.

“The better solution is to provide adequate funding to maintain and upgrade our country roads.

“Rural and regional councils have consistently called for the return of the Liberal-Nationals’ Country Roads and Bridges Program, axed by Daniel Andrews and his Labor Government.”

The Nationals are fighting for more funding for country roads in northern Victoria to keep our community safe on our travels.

“I’d like to know what you think,” Mr Walsh said.

“Go to www.haveyoursayvictoria.org and share your views about the proposal to reduce speed limits.”