Fishing for an economic recovery 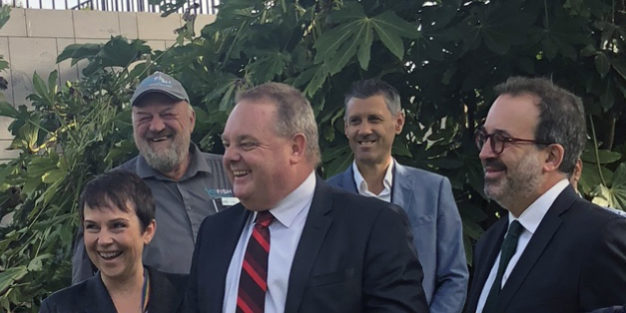 Gippsland East Nationals MP, Tim Bull, said having presented a proposal to government three weeks ago for a fishing competition to boost tourism and the local economy, he was pleased it has been adopted and announced today.

Titled the “Golden Tag” competition, Mr Bull said he came up with the proposal to try and attract more visitors to the region over the next year, but particularly the winter period.

“The rivers that flow into the Gippsland Lakes provide some great winter fishing opportunities and the estuaries further east like Lake Tyers, Bemm River and Mallacoota are also terrific options, as are our high country streams.

“The idea came from a discussion with business owners and is part of a broader plan to lift winter visitation by 20 percent. I think two of the key areas to achieving this are anglers, as fishing is one of our most predominant winter pastimes, and also corporate conferences.

“It was on this basis I presented the suggestion and detail to Fisheries Victoria, which agreed it was a great idea. An incentive like this will attract anglers across the country and provide a major boost to business along the way.

“The competition will run for 12 months and tagging has already begun – that will result in 1,000 fish in the rivers and estuaries of East Gippsland and north east Victoria being money bearing catches,” said Mr Bull

The competition will begin in the coming months, dependent on conditions in bushfire affected areas, with a start date to be set in consultation with Visit Victoria. For more information visit vfa.vic.gov.au/goldentag.