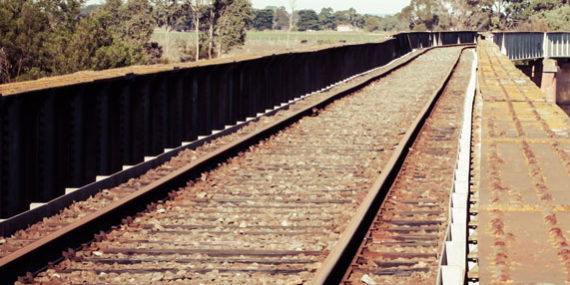 A re-elected Victorian Coalition Government will give the biggest boost to Gippsland’s trains in 60 years with new train trips to be added to timetables on the Traralgon and Bairnsdale lines and more than four kilometres of single line to be duplicated between Bunyip and Longwarry, Deputy Premier and Leader of The Nationals Peter Ryan announced today.

Mr Ryan said highlights on the Traralgon and Bairnsdale lines include:

Mr Ryan said the duplication of the Bunyip to Longwarry section of single track would benefit passengers by improving train punctuality on the Traralgon and Bairnsdale lines.

“Bunyip and Longwarry stations will each receive a new second platform with at least a 20 metre long canopy on each to protect waiting passengers from the elements,” Mr Ryan said.

Mr Northe said that the extra trains and track duplication would be a huge boost for the Latrobe Valley.

“Weekday commuters and weekend leisure travellers will be winners. The Latrobe Valley has strong links with not just Melbourne’s CBD but also Dandenong, so more frequent trains is a marvellous move,” Mr Northe said.

“The extra Sunday trains help residents to have a choice of trains to get them to or from Melbourne for the start of the working week,” Mr Bull said.

“The extra train trips are all about making it easier to work and study,” Mr O’Brien said.

Member for Narracan Gary Blackwood was thrilled with the announcement.

“For a long time, the community has asked me why the track between Bunyip and Longwarry is only a single line. It is a regular cause of train delays that under a re-elected Victorian Coalition Government will be consigned to the history books,” Mr Blackwood said.

“Because Traralgon line trains share tracks with Metro trains between Pakenham and Southern Cross, it is vital that the V/Line trains from Warragul and Drouin arrive at Pakenham on time, or very close to it, to avoid being delayed by a suburban train pulling out just ahead of the V/Line train.

“Having two tracks between Bunyip and Longwarry will be very helpful to improving train punctuality on the Traralgon and Bairnsdale lines,” Mr Blackwood said.

Minister for Public Transport Terry Mulder passed on support and said that the Coalition would also provide V/Line with capital funding to construct a secure train stabling compound at Sale and additional train crew facilities at Bairnsdale.

“This will keep the train that will stable overnight at Sale free from the scourge of vandalism and graffiti,” Mr Mulder said.

Mr Mulder said that the Coalition would also investigate providing improved air-conditioning to V/Line’s N set carriages that were the mainstay of V/Line’s long distance trains.

“We will make a decision on this within a year of being re-elected,” Mr Mulder said.