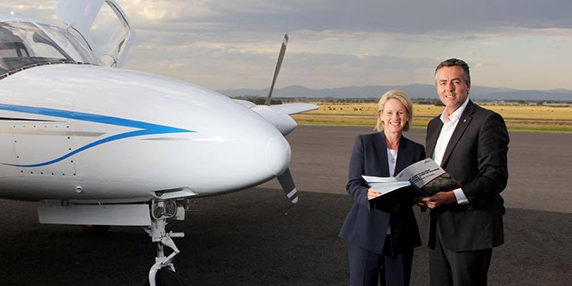 Firstly, Mr Walsh welcomed Barnaby Joyce as the new leader of the Federal Nationals and Deputy Prime Minister in the Coalition Government.

“Barnaby tells it how it is, and has been a strong voice for rural and regional Australians for many years,” Mr Walsh said.

“There is no questioning Barnaby’s passion for country communities and he will be a dedicated leader of The Nationals going forward.”

NSW Senator Fiona Nash is the new Deputy Leader and was today announced as Minister for Regional Development, Regional Communications and Rural Health in the new Federal Cabinet.

“Congratulations to Fiona, who has been a fierce advocate for regional communities and is the first female Deputy Leader of the Federal Nationals,” Mr Walsh said.

“Fiona’s work so far to progress the health needs of rural communities has been crucial in ensuring they can keep better pace with bigger cities.”

The Nationals have secured an additional position in the Federal Cabinet today, which sees Member for Gippsland Darren Chester promoted to Minister for Infrastructure and Transport.

“Well done to Darren on his much-deserved elevation into the Federal Cabinet,” Mr Walsh said.

“With his new portfolios, I’ll be talking to Darren sooner rather than later about regional Victoria’s need for roads and rail investment.”