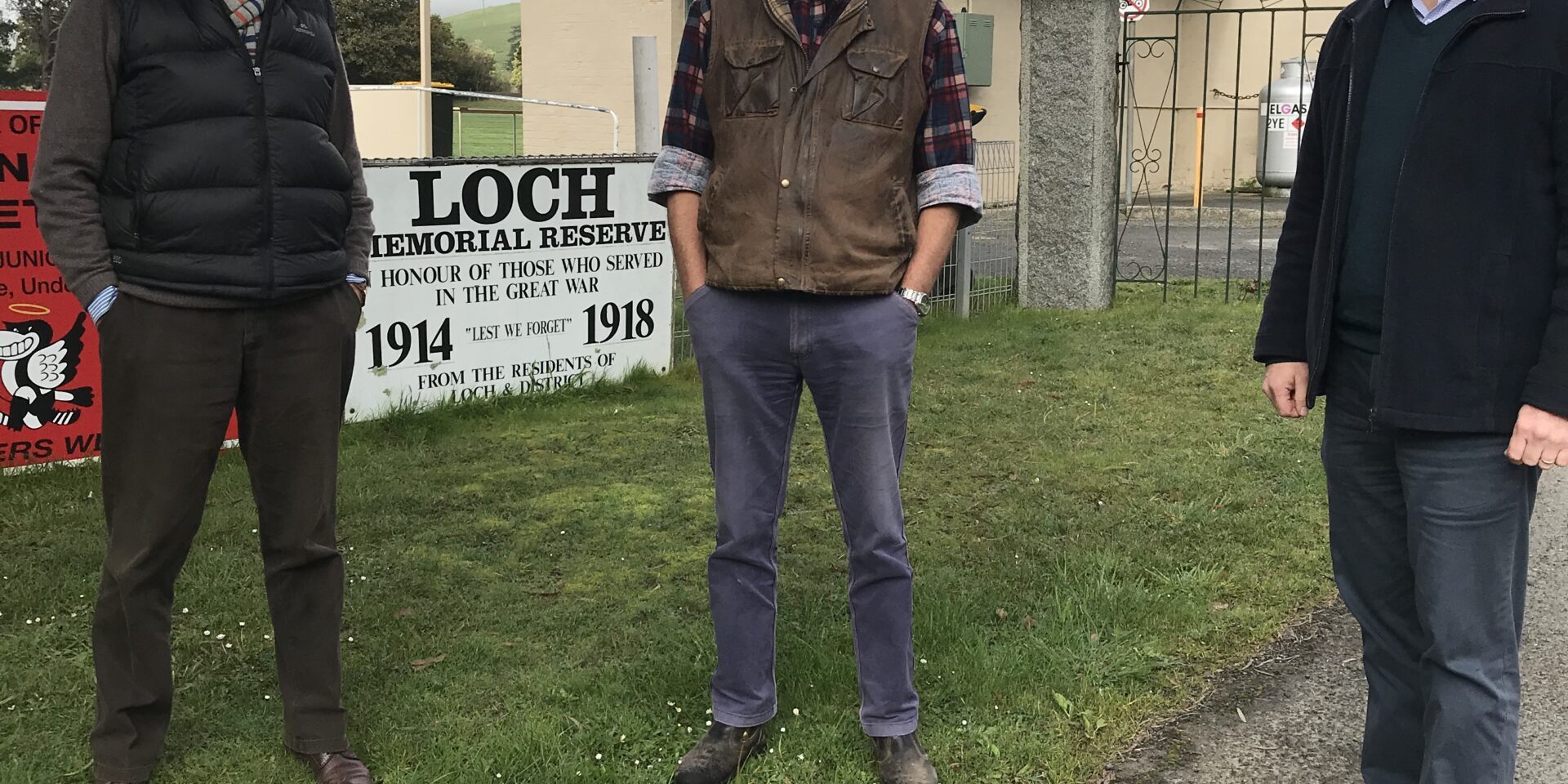 The Andrews Labor Government has been called on to assure the Loch and district community that its police station will continue to be staffed, open and operational.

The Nationals Member for Gippsland South, Danny O’Brien has written to the Minister for Police seeking the assurance about the one-officer police station in light of the forthcoming retirement of its long serving officer.

Mr O’Brien recently met with Loch residents who raised their concerns about a recent spate of burglaries, theft and vandalism in the district.

“Loch and district is a growing area with many people moving in from Melbourne and elsewhere to enjoy the charms of the village feel, beautiful rolling green hills and proximity to Melbourne.

“The community has been well-served for many years by its single officer station but with the current officer soon to retire there is concern from some that Loch will be left without a police presence.

“I am determined to ensure that is not the case and have written to the Minister seeking a guarantee that not only will the officer be replaced but there will be a permanent presence at Loch in future.”

Mr O’Brien said he was aware that some other stations around the state had not been “officially” closed but that police rarely operated out of them.

“There’s been an increase in burglaries, theft and vandalism in recent months including at the Loch Recreation Reserve and that’s heightened community concerns about safety.

“Indeed, since this government came to power, crime in South Gippsland has risen 22 per cent which indicates that a strong police presence is necessary now more than ever.”