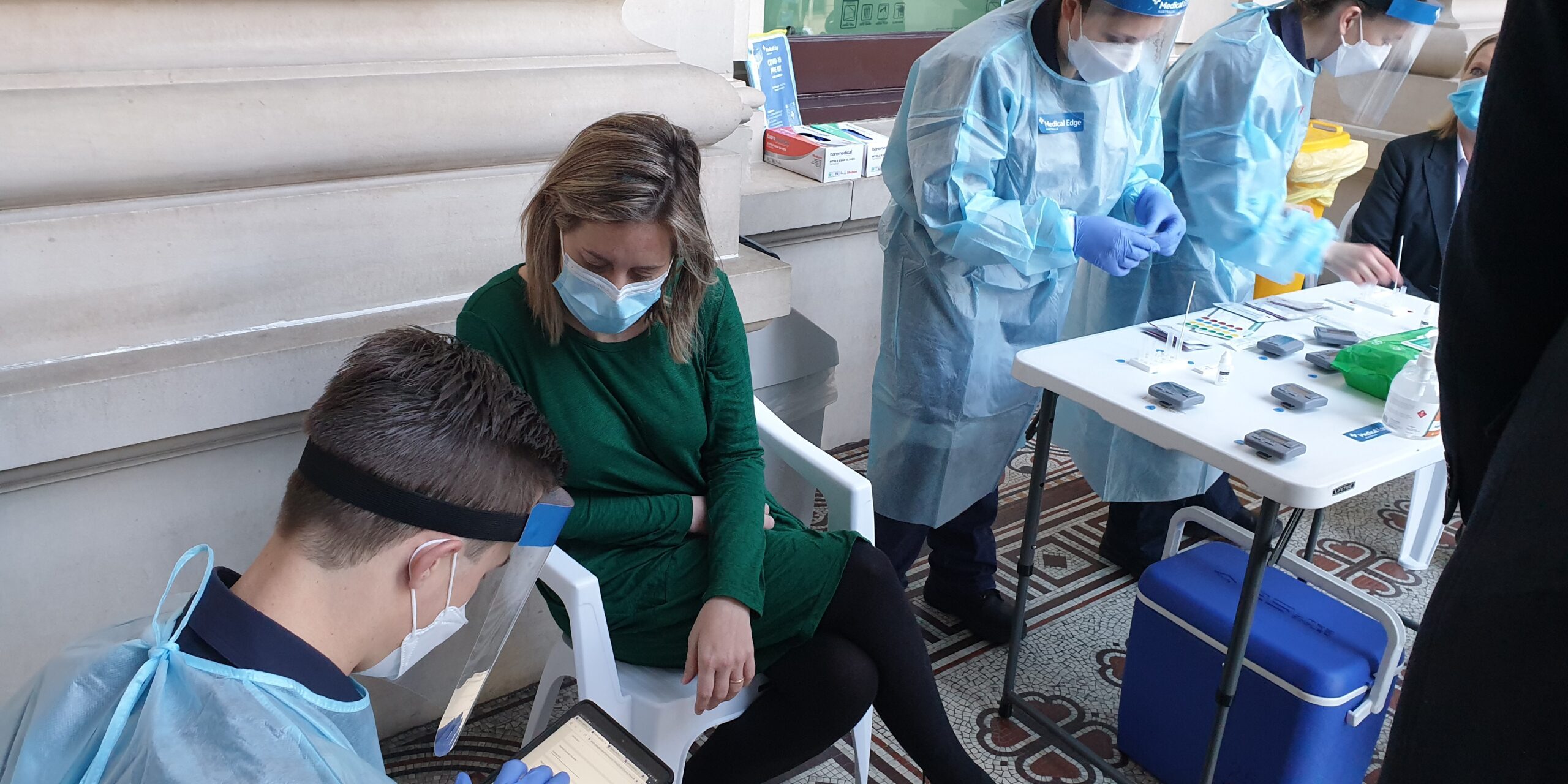 Member for Euroa and Deputy Nationals leader Steph Ryan has renewed calls for the immediate introduction of rapid testing in Victoria.

Ms Ryan undertook a rapid antigen test last week before entering Parliament, to demonstrate how fast they are.

“The test was easy and quick. In 15 minutes I had a negative result and I could safely go about my day,” Ms Ryan said.

“With a false positive rate of 1 in 10,000, rapid testing is fast and reliable and it should be used to open Victoria up and get us out of lockdown

“If the removalists who seeded the last outbreak had done a rapid test, COVID would have been detected before it spread into Victoria causing another lockdown.

“If it was used at major sporting events, 15,000 people would not have been forced into isolation after a positive COVID case attended the football at the MCG.”

Ms Ryan said rapid testing was being widely used in other countries, and at major events including the recent meeting of world leaders at the G7 summit in Cornwall and at the Tokyo Olympics.

“In the UK, nine in 10 community pharmacies are offering free rapid tests for at use at home,” Ms Ryan said.

“Many people, particularly those working in high risk settings, undertake daily tests. If someone tests positive, they then undertake a full PCR test.”

Ms Ryan said she couldn’t understand why the Andrews Government refused to roll out rapid testing when it was used extensively through other parts of the world.

“Leading epidemiologists in Victoria say that some rapid tests are more than 99 per cent accurate and regular use increases its effectiveness,” Ms Ryan said.

“Over the last year and a half, I’ve heard from people who cannot see their spouse in aged care. I’ve spoken with businesses who are on the brink of losing their livelihoods because of repeated lockdowns and I’ve met with parents worried about the future of their children.

“We desperately need a plan to avoid lockdowns and to return to some sense of normal.