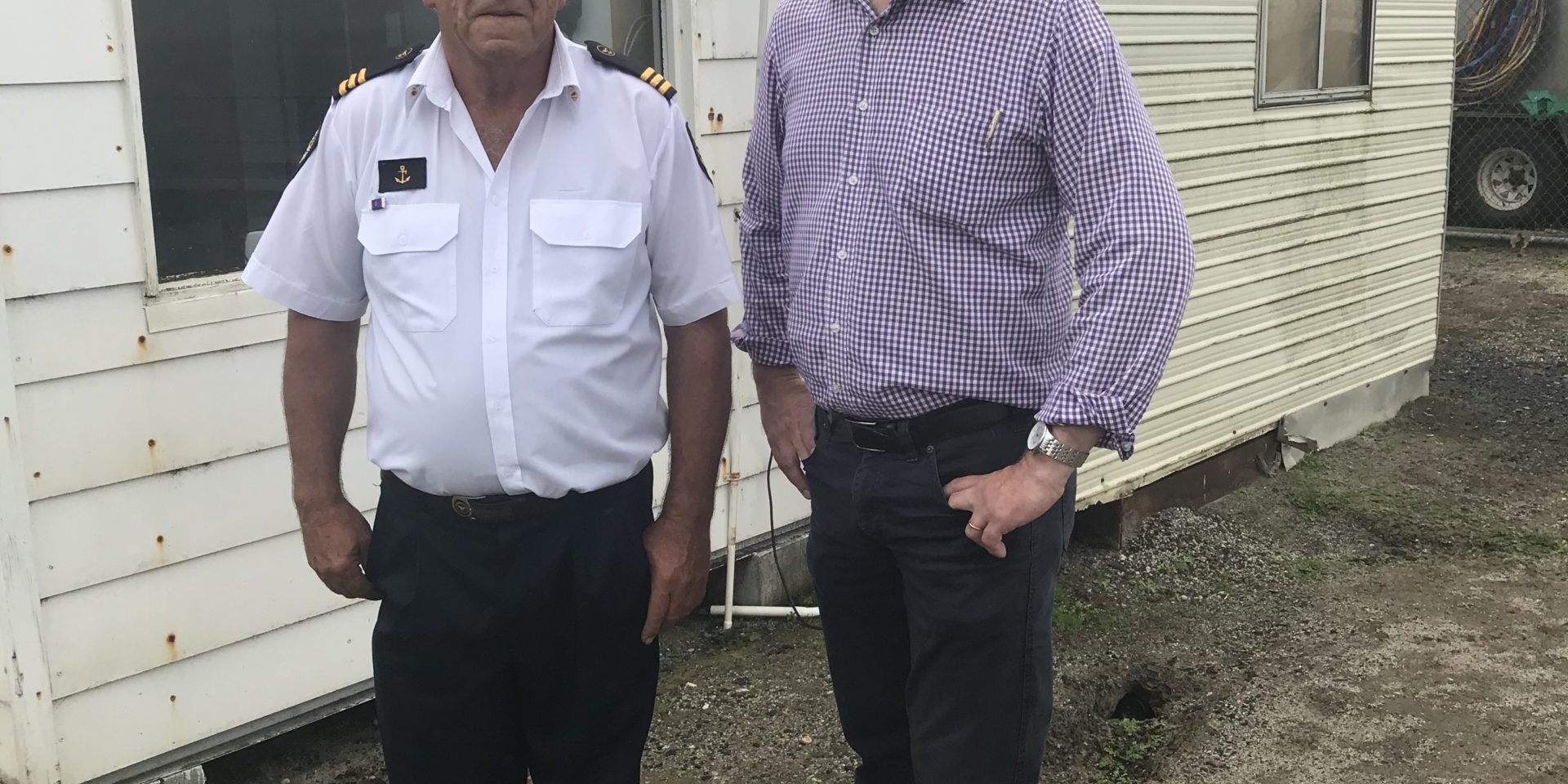 The Nationals Member for Gippsland South, Danny O’Brien has thrown his support behind a push for new facilities for Port Welshpool Coast Guard.

Mr O’Brien was speaking after visiting the coast guard again with the flotilla Commander Peter Carrolan and other volunteers.

Mr O’Brien said the volunteer coast guard did an extraordinary job keeping people safe on the water but their land-side facilities were not up to scratch by anyone’s standards.

“The Port Welshpool Coast Guard is a critical part of the marine safety system in South Gippsland covering an area from the port to the southern tip of Wilsons Promontory and many of the islands.

“Their offices, training room and storage shed are literally falling apart with rust causing the floor to collapse, walls bowed and damaged and sub-standard bathroom and kitchen facilities.

“The flotilla headquarters is used as a training base throughout the year by water police, search and rescue and other marine related agencies and it’s simply not at acceptable standard in today’s day and age.”

Mr O’Brien said the flotilla volunteers do a great amount of work in the Corner Inlet area.

“The Port Welshpool Coast Guard has on average about 40 callouts a year, ranging from towing in stricken boats and yachts to evacuating injured walkers on Wilsons Promontory.

“The volunteers have grown their number in the last couple of years which is great, but they need decent facilities to go with it.

“I will be strongly supporting an application for funds to rebuild a new facility that will help the volunteers to do their job and keep people safe on the water.”

Mr O’Brien said the coast guard had plans drawn up and was ready to proceed and will now be applying for funds.