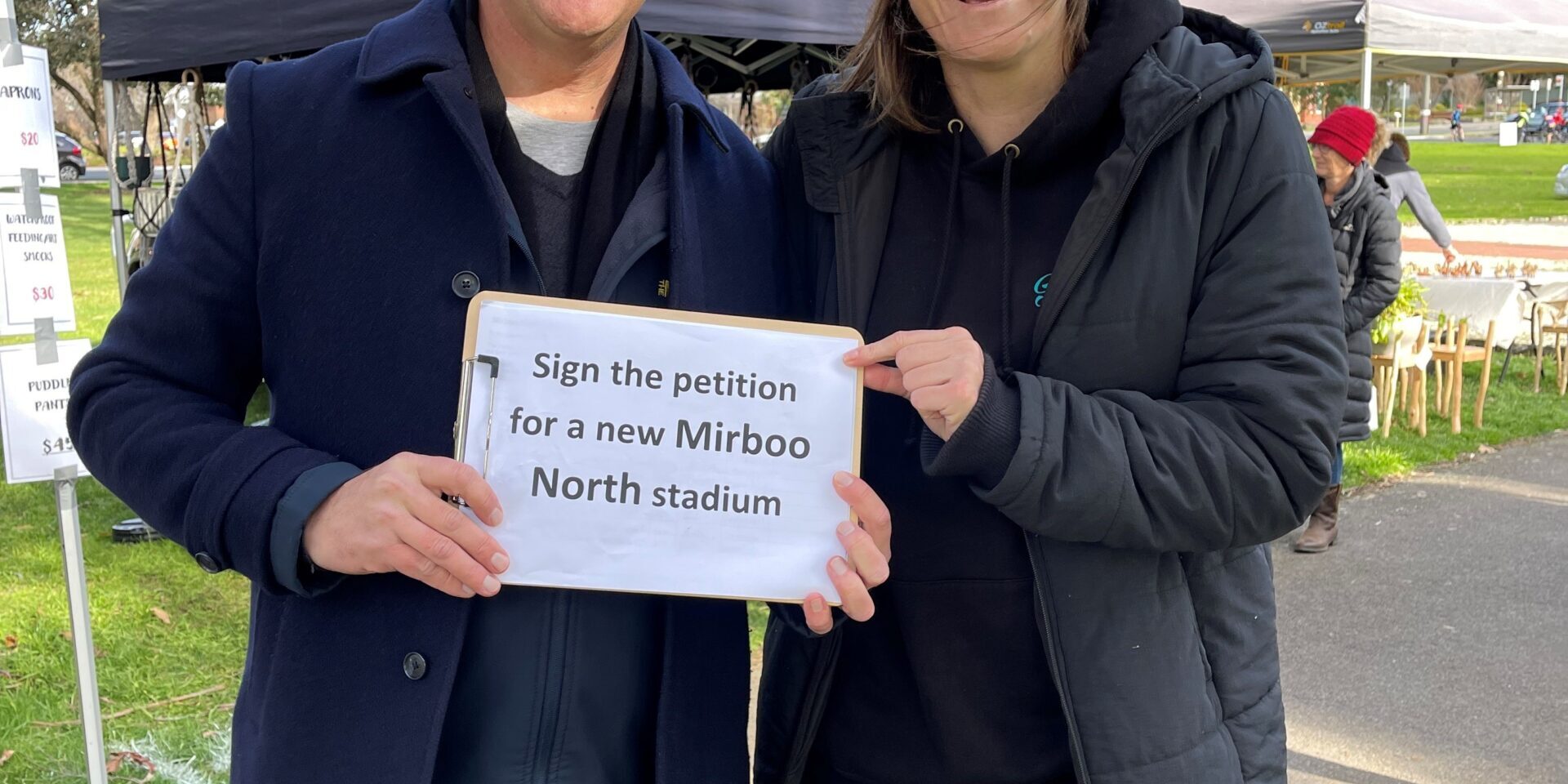 The Mirboo North community is calling on the Andrews Labor Government to rebuild the Mirboo North stadium with the support of The Nationals Member for Gippsland South, Danny O’Brien.

Mr O’Brien has launched a petition and is encouraging Gippslanders to put their name to this important cause.

“Mirboo North’s existing stadium at the schools is in a dire state and there is no question that it needs replacing. This is a significant public sporting facility and it can’t be allowed to continue to deteriorate to the detriment of the community.”

Mr O’Brien said the decision to launch the petition was made after years of requests to the government that have so far fallen on deaf ears.

“The gym that is shared by Mirboo North Secondary College and Primary School is also a community facility used by the Basketball Association, Mirboo North Football Netball Club and a number of other sporting and community groups.

“The stadium doesn’t meet current standards particularly with respect to size and run off areas. The toilets and change facilities are putrid and there is asbestos and various building failures that need to be addressed.”

Mr O’Brien said the community had varying views on what a new facility should entail and where it should be built.

“This is a slightly unusual situation in that the school facility is the only stadium in town so it is a mixed education and community use. However, that doesn’t absolve the Education Department of its responsibility to provide facilities that are up to scratch and it would be very hard to describe the current stadium in that light.

“As I’ve said numerous times in the past, I want to work with the government, the schools and the community to progress this issue and hope that this petition will show the Andrews Labor Government how significant this issue is to the local community.”

The petition is available to sign at various locations around town and online at: www.dannyobrienmp.com.au/issue/mirboo-north-stadium/