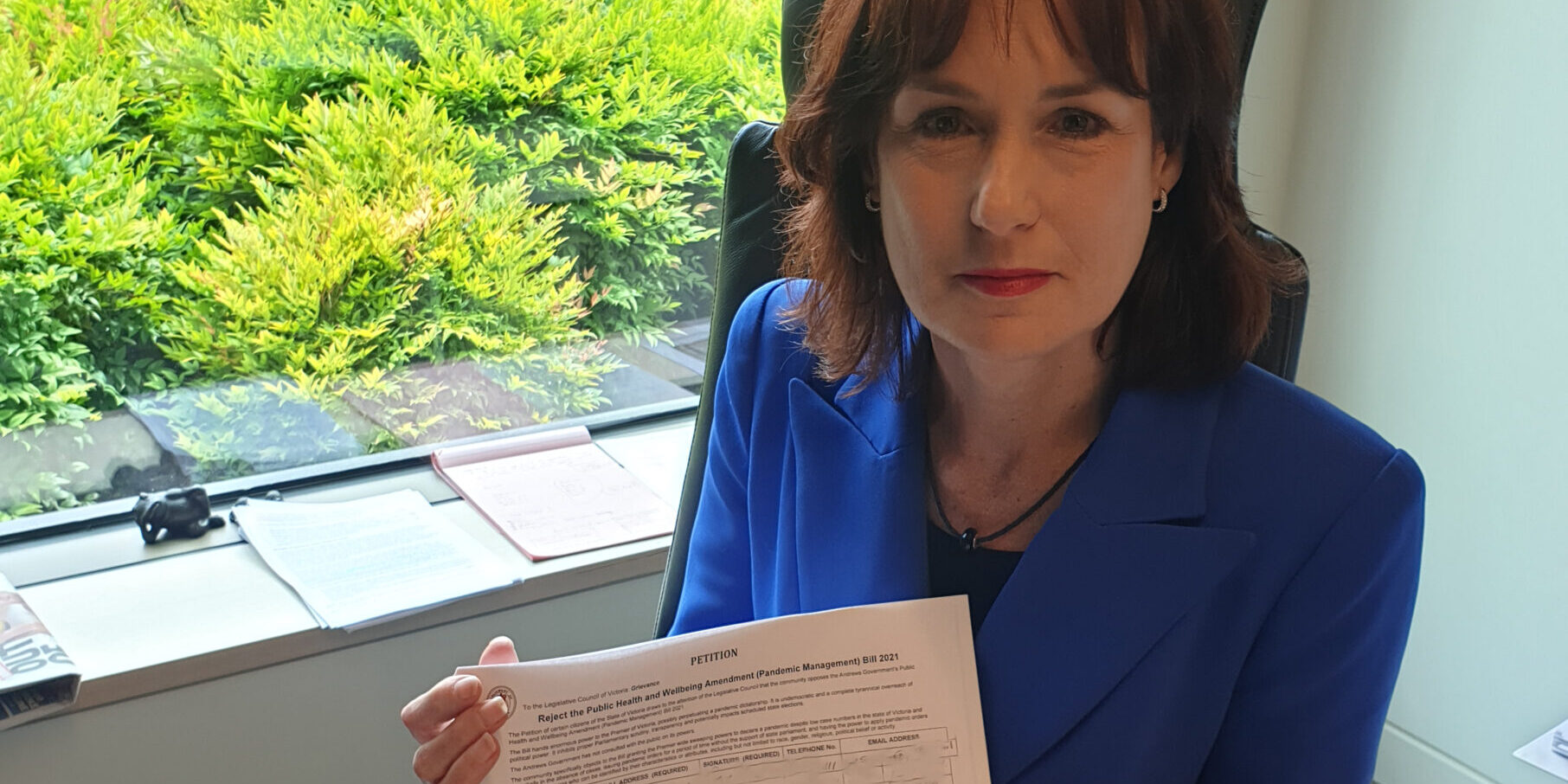 Debate on Daniel Andrews’ controversial Pandemic Bill is at an impasse with debate set to resume next week in the upper house of state parliament.

Debate was suspended after the Andrews Government realised its Public Health and Wellbeing Amendment (Pandemic Management) Bill 2021 would be defeated.

The Nationals Member for Eastern Victoria Region, Melina Bath said Labor’s Pandemic Bill was over the top and labelled it draconian.

“Daniel Andrews’ Pandemic Bill is one that reaches its legislative fingers out to place a stranglehold on the liberties of Victorians including rural and regional Victorians in my Eastern Victoria electorate,” said Ms Bath.

The Andrews Government was prepared to ram through its Pandemic Bill labelling it urgent – but it spectacularly backflipped, ceasing debate because it didn’t have the numbers for it pass.

“Serious concerns on the Pandemic Bill have been raised by the Victorian Bar Council, the Law Institute of Victoria, more than 60 Eminent barristers, the Victorian Equal Opportunity and Human Rights Commission and the Victorian Ombudsman.

“These subject matter experts are the readers and interpreters of the law and their opinion is worthy of consideration and must be listened to.”

A parliamentary petition sponsored by Ms Bath was tabled in state parliament last week with nearly 12,000 signatures.  It is calling for the Public Health and Wellbeing Amendment (Pandemic Management) Bill 2021 to be rejected.

Following the adjournment of debate local Gippsland constituents have now reopened the petition.

Ms Bath said her office continues to be inundated by locals who are angry and disagree with the Premier and the unjustifiable powers contained within the Bill.

“Daniel Andrews has done a deal with three independent MP’s – the Greens, Animal Justice Party and Reason Party, but the Premier needs to do a deal with one more Independent MP after his former Labor Minister Adem Somyurek returned to state parliament to vote against the Bill.

“This Bill goes so much further than protecting the health and wellbeing of Victorians, it’s a complete overreach of political power.

“Any amendments Labor instigates does not fix the fundamental flaws in this Bill.

“The legislation is not a health response, it’s a political move designed by Daniel Andrews to deliver himself supreme power over the lives of Victorians.

“The Victoria Bar Council has called on the Andrews Government to use the suspension of debate to get the legislation right, but it appears the Premier is only interested in backroom deals.

“At this stage of the pandemic The Nationals believe the Premier should be focusing on supporting our children’s educational recovery, fixing Victoria’s mental health crisis and re-building Victoria broken economy, instead of attempting to control Victorians with dodgy deals and dodgy legislation.”