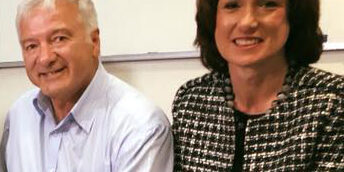 The Nationals Member for Eastern Victoria Region, Melina Bath has congratulated Australian Carbon Innovation (ACI) on securing a one year funding reprieve from the Andrew Government.

Ms Bath said the funding announcement was overdue with ACI having a significant track record in innovative research and development.

“Having personally made multiple representations in State Parliament advocating on behalf of ACI, it is appropriate operational funding has been granted,” said Ms Bath.

ACI has been operational since 2009 managing research and development projects for low emissions utilisation of lignite (coal).

Victoria’s lignite resource equates to over 500 years of supply at today’s usage rates and as a resource it is one of the highest quality, low cost sources of carbon in the world.

Ms Bath said advancement in carbon initiatives and support for new industries and technologies should play a vital role in the future economy of the Latrobe Valley.

“There are opportunities for the use of coal including carbon fibre production, bio-stimulants, graphene, activated carbon and fertilisers.

“Through ongoing investment, Latrobe Valley could firmly establish itself as a long-term base for high-end carbon product research and manufacturing.

“ACI has potential to be a seed source for new industry development focussed on local low emissions manufacturing.

“On the other side of COVID-19, innovation and sustainable job creation will be critical for Latrobe Valley’s economic recovery.

“ACI is a fine example of an organisation that can play an integral role in rebuild Gippsland’s manufacturing capability.

“The Nationals have been strongly advocating for manufacturing to return to Victoria; get Victorians back to work and rebuild communities.

“Rather than drip feeding funding, I am calling on the Andrews Government to make a commitment for ongoing funding to secure ACI’s operations in the long term.”