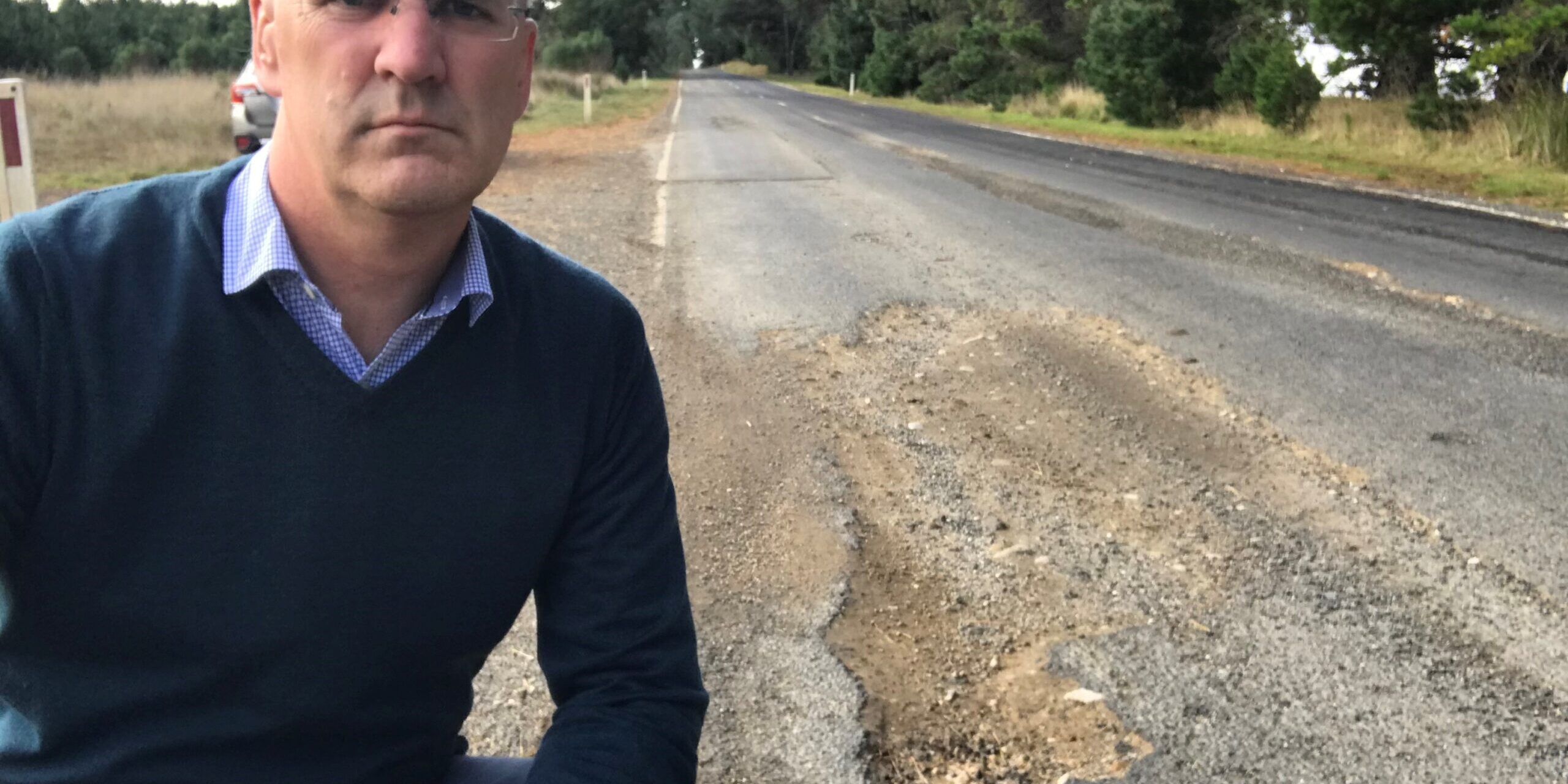 The Nationals Member for Gippsland South, Danny O’Brien has slammed the Andrews Labor Government’s proposal to reduce speed limits on rural roads as a safety measure rather than fix them.

Mr O’Brien said the state of rural and regional roads was consistently the number one issue raised with him by constituents and that it had not improved over recent years.

The State Government has supported a Parliamentary committee recommendation that speed limits on rural roads be reduced where an upgrade is “not possible”.

“This is a State Government that believes Victoria ends at Pakenham and its spending priorities show that,” Mr O’Brien said.

“The Labor Government is spending $54 billion on just four metropolitan projects as well as many billions more on others, yet we can’t get funding for decent rural roads.

“I have been campaigning for road improvements ever since Labor axed The Nationals’ Country Roads and Bridges Program on coming to government in 2014.

“This year we saw a 23 per cent cut in the State Government’s road asset management budget at the same time as there were blow-outs of billions of dollars on Labor’s Big Build metropolitan projects.

“Road safety has to be a priority but reducing speed limits to 80km/h or less is not the solution.

“We must do all we can to upgrade regional roads and this is an issue I will continue to campaign on.”

Mr O’Brien said he had recently been critical of the State Government’s works on the Longford-Loch Sport, Rosedale-Longford, Bengworden and Meeniyan-Promontory roads among many others.

“We’ve seen some upgrade works completely botched and other roads like the road to the Prom continually ignored when they are in great need of work.

“The South Gippsland Highway, Strzelecki Highway and Hyland Highway are key roads in Gippsland South electorate that are also in need of constant work.

“It’s time the government realised that there is more to Victoria than Melbourne and ensure that regional roads get their fair share.”