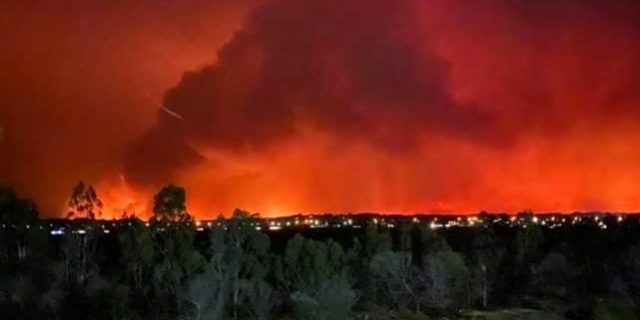 The Labor Government will not release fire fuel load maps for Victoria, including East Gippsland.

Fire-impacted communities in my electorate want you to release the fuel load maps that the Legislative Council required you to make public by 11 December last year. Given that we are still in the middle of a fire season and given the critical importance of this information to community safety, will you immediately release these maps?

The Minister commenced her response by stating:

“Look, what is very clear and needs to be understood is that fuel maps on their own can be absolutely incomplete in terms of the information they provide the community. Far from actually giving them assurances of where the risk is, they can actually have the opposite effect.”

The Minister then went on to state:

“They serve very little purpose in making people safer, (and) will simply be giving a match to arsonists.”

Mr Bull said he found this answer ridiculous and said he believed the real reason the Government was being so protective of releasing the maps is because they will show what almost everyone knows – we have record fuel loads in the bush.

“The reality is the Bushfires Royal Commission recommended we burn over 350,000 hectares per year, and we have in the past three years burnt just on 100,000ha on average.

“With a warmer and dryer environment, if we allow record fuel loads to build up, it will always end in tears. We must prepare better for summer and a major part of this is to have a look at where fuel loads are and what they are.

“This is not an afterthought, I addressed Parliament on the very same points last year.

“It should not be a battle between either side of politics, it should be something that we look at as a Parliament as a whole, to get things better and make it safer.

“As I said in Parliament last week, every year we race in and put out hundreds of lightning strikes in summer, which we need to do to protect communities.

“In normal circumstances these would simmer away for most of every summer. In putting them out we alter the balance of nature, but then do not restore it in the cooler months.

“We need to look at how we are doing things and the fuel load maps, apart from being handy for communities to have this information, would be a good start in community discussions,” he said.