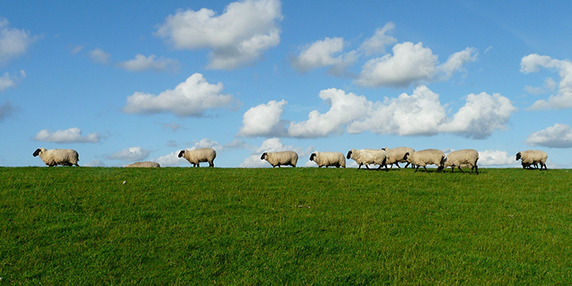 Agriculture Minister Jaala Pulford has embarrassingly admitted she has no idea of serious concerns with the implementation of electronic identification (eID) of sheep and goats.

Victorian saleyard operators say they won’t be ready to scan eID tags by March 2018 because the software they need to share data with the National Livestock Identification System (NLIS) is still being trialled.

Asked about industry concerns, Ms Pulford was in denial, telling State Parliament ‘I’m certainly satisfied with how it is progressing’.

Shadow Minister for Agriculture Peter Walsh called on the Andrews Government to commit to a 12 month extension on the rollout of eID at Victorian saleyards.

“The Agriculture Minister is burying her head in the sand and hoping eID will implement itself,” Mr Walsh said.

“I recently met with stock agents, vendors and transport operators in Hamilton who echoed serious concerns with the slow progress – a 12 month extension is needed to make sure eID is rolled out properly.

“Saleyard operators have been begging to meet with the Minister and discuss their concerns, but they’ve struggled to get a look in.

“Until the software to scan and upload data to the NLIS has been properly tested in a sale environment, saleyards can’t start to plan for its installation.

“Daniel Andrews must extend the deadline and make sure the rollout is done right the first time, rather than risk it turning into another Labor rush job.”

The Andrews Labor Government has also failed to announce a tag price for 2018, despite promising to announce a price ‘in the first half’ of 2017.

“Industry is committed to the implementation of eID, but Labor is botching the process,” Mr Walsh said.

“The Andrews Government thought industry could just apply the systems used for cattle to sheep and goats but, as usual, Labor got it wrong.”