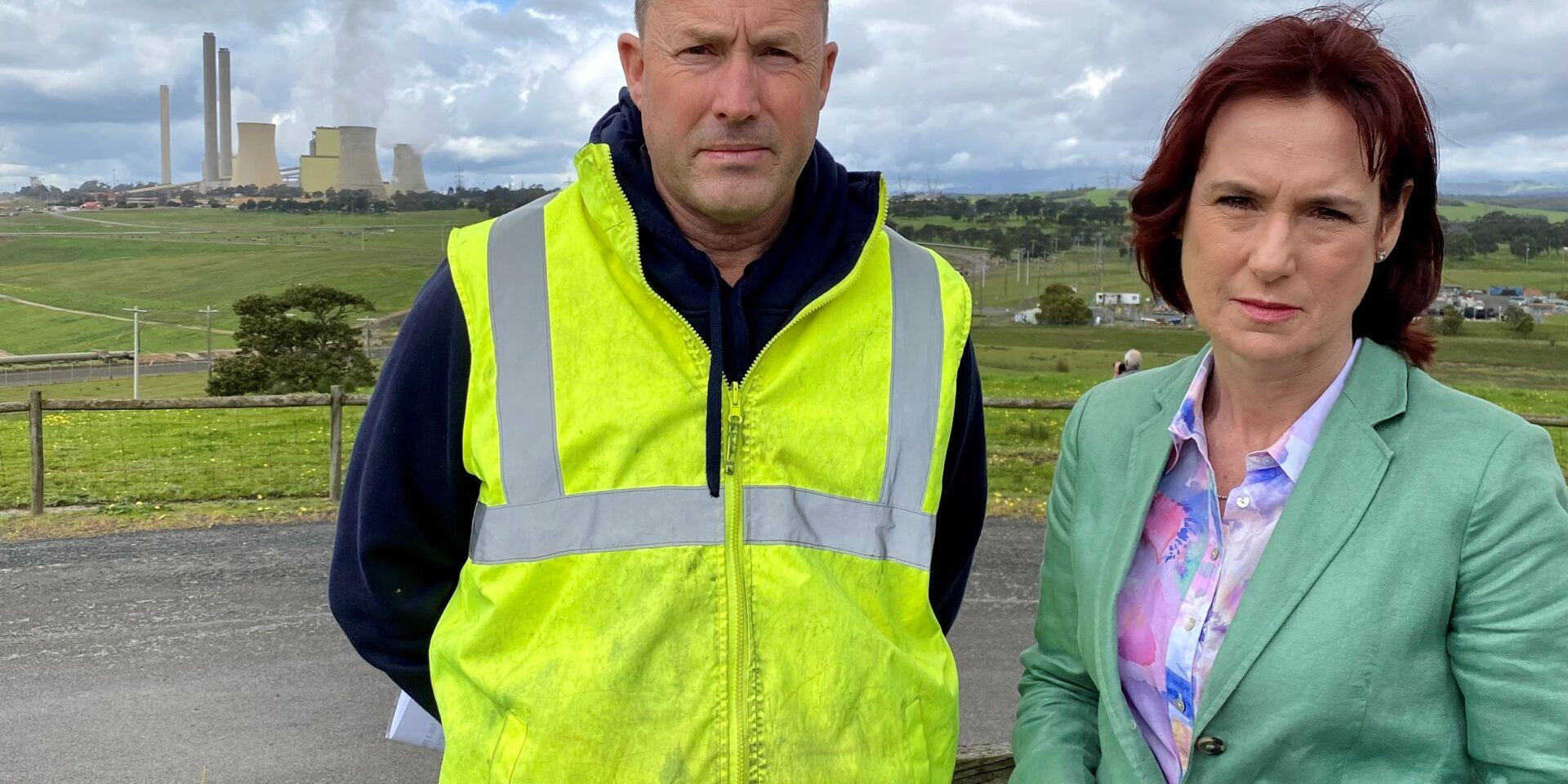 The Andrews Labor Government has turned its back once and for all on Latrobe Valley workers and major industries.

Daniel Andrews announcement that Labor will target 95 per cent renewable power for Victoria by 2035 will force the closure of all Latrobe Valley coal fired power stations by 2035.

“Daniel Andrews has issued the death knell for Loy Yang B, while ensuring there will be no prospect of Loy Yang A staying on line even if it’s needed to sure up power supplies.

“Skilled jobs in the Valley associated with power generation will be directly impacted – it will cost Latrobe Valley thousands of jobs and change the landscape of our community.

“Tradies, operators, technicians, engineers and corporate administrative jobs associated with power station operations are all in the firing line of the Andrews Labor Government.

“The reverberations will be felt right through our Valley – it will impact local manufacturers and suppliers, small business, schools and community.

“If you had any doubt on the intended audience of Labor’s renewables announcement, Daniel Andrews strategically made it in an inner-city Greens held seat, not here in Latrobe Valley where lives, livelihoods and community will be directly impacted.

“The Premier does not care about Latrobe Valley workers and the future of our community; he’s only interest is securing inner city green votes – we are Labor’s collateral damage.”

The Nationals candidate for Morwell, Martin Cameron said lifting the renewables target to 95 percent is going to be devastating for local jobs and industry in the Latrobe Valley.

“The ramifications on our local community will be extensive –- any associated business is in Labor’s firing line,” said Mr Cameron.

“The 2035 95 per cent renewable energy will force Loy Yang B to shut well over a decade early, ripping 1,100 megawatts of baseload electricity from the system.

“To suggest that we will have enough renewable power to replace coal entirely by 2035 is nonsensical, the investment and infrastructure development for a secure transition is lagging.

“There is nothing about Labor’s renewables targets that provides for the delivery of sustainable energy and a responsible transition of our energy supplies.

“The Latrobe Valley community and our workers are being used as a political pawn by a Premier who is desperate to secure seats in Melbourne.

“Any future jobs announcement for Latrobe Valley to offset the loss of skilled jobs will be met locally with scepticism.

“Last election Daniel Andrews promised us 500 new jobs, spruiking 2400 electric vehicles a year would be rolling off the assembly line with a SEA Electric car manufacturing plant in Morwell – not a single job has been delivered.

“It’s been five years since Hazelwood closed and two more power stations have announced early closures – meanwhile Labor’s LVA who’s been responsible for our future has failed to create a plan or establish new industries locally despite costing us over $300 million.

“Labor has one plane for the Valley, and this is to attack our jobs and industries – locals must remember this come November.”