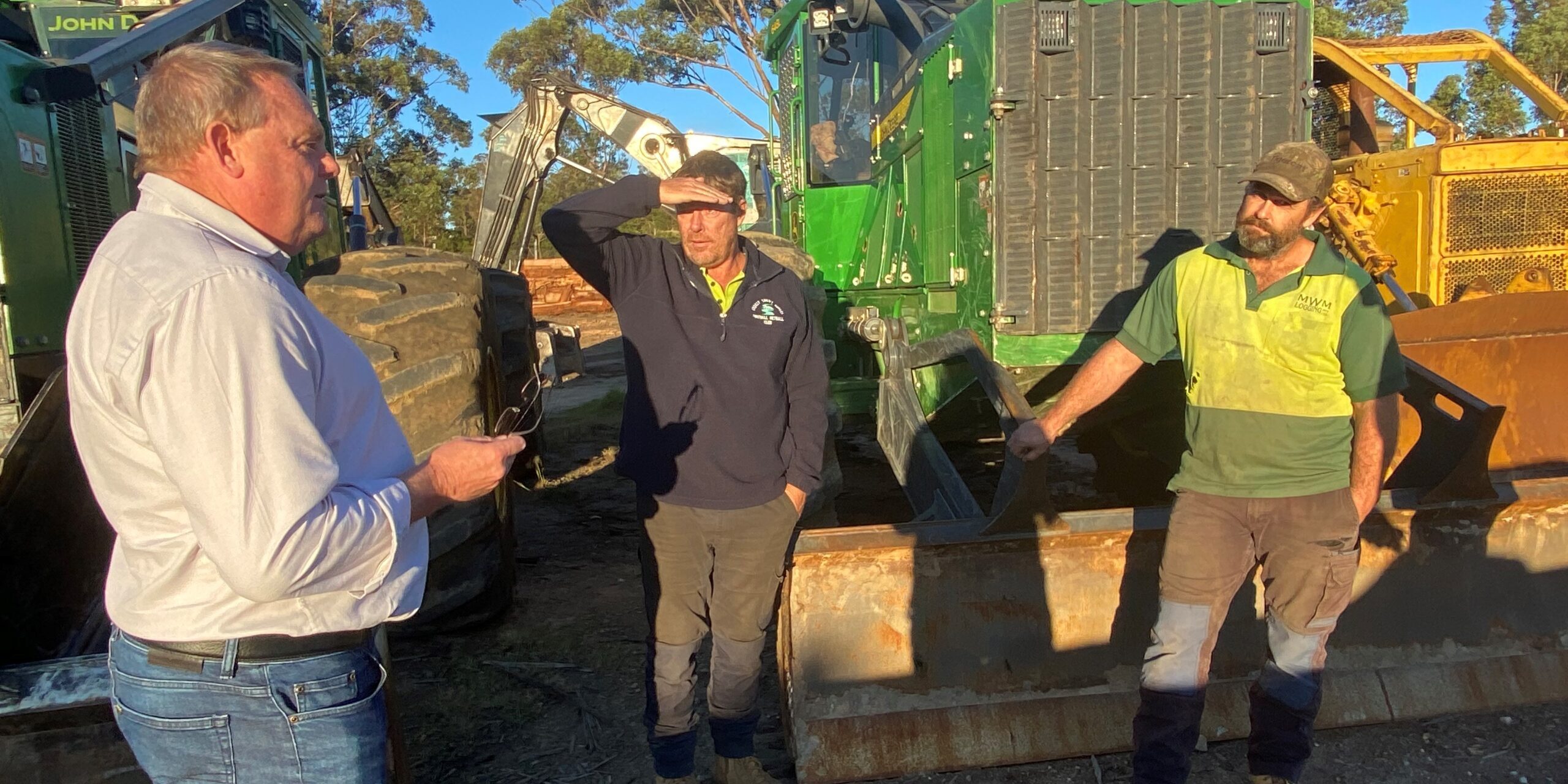 A decision by Justice Richards in the Supreme Court yesterday has delivered a shocking Christmas blow to timber industry workers in East Gippsland.

After years of inaction by the Andrews Labor Government to support the native timber industry, yesterday’s determination shuts down the majority of timber harvesting not only in East Gippsland, but the state.

“These Labor Ministers seemingly have no idea about the cost of their inaction as they stand by and allow this to happen. As if we haven’t been through enough without this kick in the head,” he said.

The court order cites that any coupe with one or more greater glider sightings – or a greater glider observed within 240 m of a coupe – will be shut down. Timber industry representatives say this will mean almost every coupe, as the gliders are so common.

“The industry surveys coupes and provides buffer zones, but a decision like this leaves them with no room to move. There are flaws in the Timber Code of Practice that should have been fixed.

“It’s a savage blow for this to occur as the court goes into recess over Christmas and no appeal can be heard for an extended period.

“What I would like is for someone to explain to me where our hardwood timber is going to come from if we close down our native hardwood sector. The Greens are very silent on this in Parliament, they call for closure of the sector, but have no answers as to where it will be sourced from.

“On one hand we have Planet Ark telling us to ‘Do the World some good by using wood’ as a building material, as it is renewable and sustainable, and as result market demand for hardwood is growing.

“We have an industry here in Victoria with some of the strongest oversights in the world and if we do not produce our own to meet this increasing market demand, it will have to be imported from other jurisdictions with less oversight.

“The Labor Government talks about transitioning to plantation by 2030 but the timber takes 30-40 plus years to mature, so those plantations should be 20 years old now, but they do not exist in this state.

“Hardwood plantations are also not conducive to private investment due to the delay in return and sovereign risk around fire – it just makes no sense.

“Next thing the Minister will have protestors on the steps of parliament because we are importing from countries with far less oversight and killing orangutans.”

The Victorian hardwood industry has access to less than 6% of our timber, the other 94% is in reserve or inaccessible. It harvests this small amount on an 80-year rotation, less than 0.05% of our native in any one year – and then regenerates the coupes. No old growth is harvested, only regrowth.