Farmers call for help to replace fences destroyed in bushfires 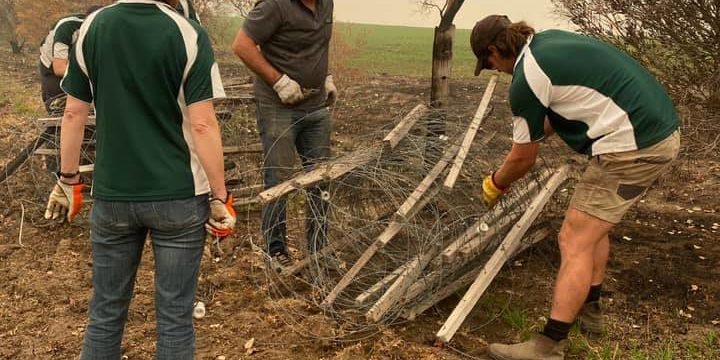 Thousands of kilometres of internal and external fencing, including boundary fencing bordering with state forests and national parks, has been damaged in the bushfires in East Gippsland and north-east Victoria and will need to be replaced.

While the threat of bushfire still remains for some communities, many are now looking to clean-up and rebuild homes, businesses, farm infrastructure and community facilities that have been destroyed.

“The cost of cleaning up will be massive for our farmers who will spend the next few months rebuilding fences, infrastructure or replacing machinery lost in the fires. All while they work to keep the day-to-day business of the farm ticking over,” Mr Bull said.

“The Andrews Government has a responsibility to be a good neighbour and that’s why I’ve been supporting landholders’ calls for the Victorian Government to cover half the cost of materials to replace boundary fences that sit between private property and state forests and national parks.”

Member for Benambra Bill Tilley said a rapid response was needed to help communities get back on their feet.

“Our communities are hurting and we’ll need meaningful immediate and ongoing support that’s guided by local people who have the needs of their local community in mind,” Mr Tilley said.

Leader of The Nationals Peter Walsh welcomed the Federal Government’s $75,000 grants to replace fencing, sheds and other farm infrastructure and equipment.

“The Federal Government grants will be critical to helping our farmers get back on their feet and now the Andrews Government must step up to support the replacement of fences neighbouring state forests and national parks,” Mr Walsh said.

“Victorians continue to generously dig deep to provide immediate support and contribute to the recovery of communities in East Gippsland and the north east. The Victorian Government must do the same.

“Pastures will also take time to recover. Freight subsidies to assist with the cost of transporting fodder in or sending livestock out to agistment in non-bushfire zones in western Victoria and south east South Australia will be critical.

“Common sense financial assistance like this will be vital in the long-term and mean our communities can get back on their feet, sooner.”