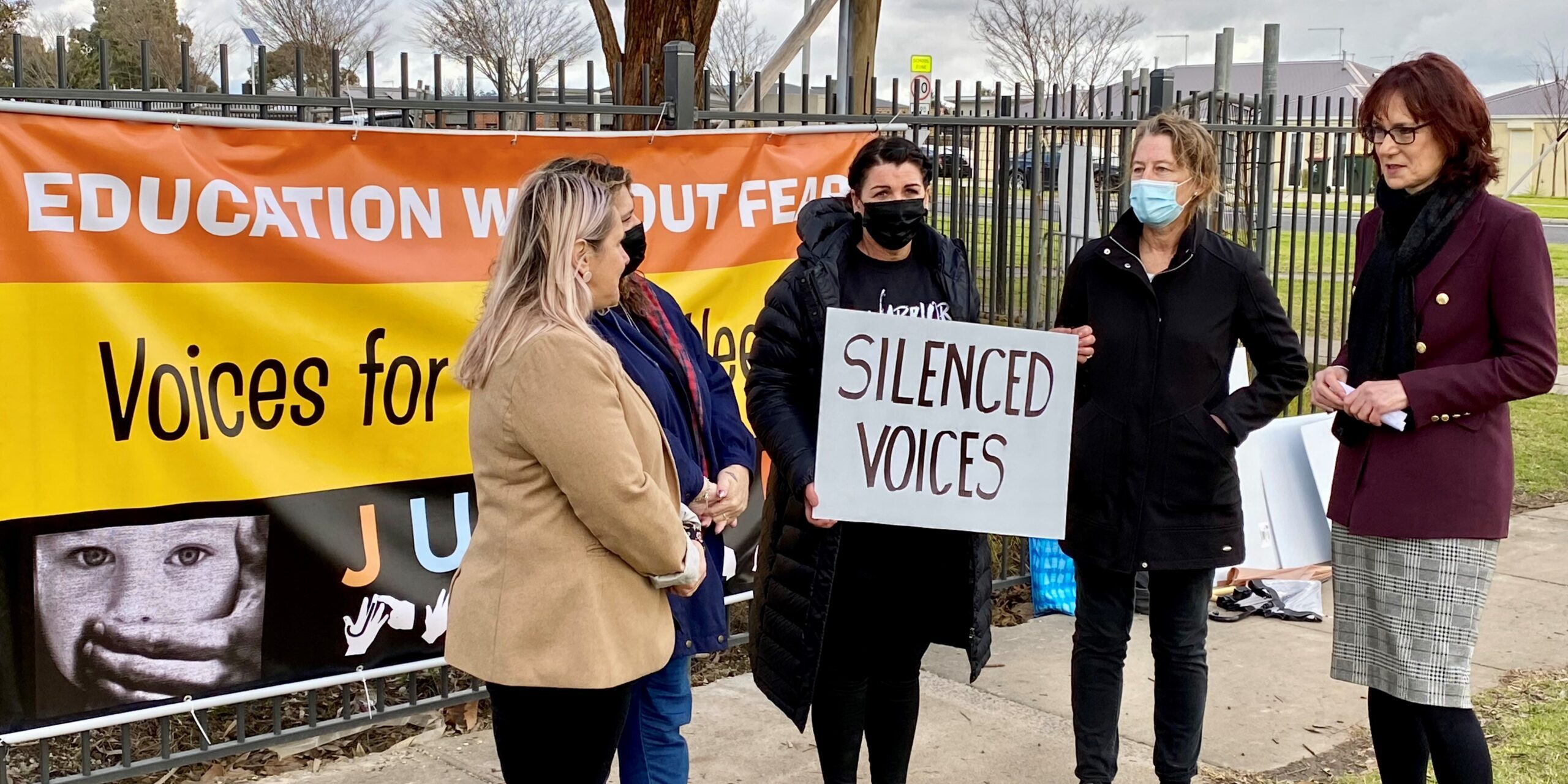 Latrobe Valley parents of children with disabilities have gathered to protest today in Traralgon following serious allegations of a ‘cover-up culture’ by the Andrews Labor Government.

The protest comes as the Disability Royal Commission holds private hearings in town.

Local families are seeking to share harrowing experiences of Victoria’s Education Department standing in the way of their children’s safety.

Shadow Assistant Minister for Education and The Nationals Member for Eastern Victoria Region, Melina Bath, has supported local families to have their voice heard.

She said the allegations included parents being prevented from access to their children’s information, following concerns that breaches of child safe standards occurred at a local Special Developmental School.

“Families are telling me the Andrews Labor Government is not listening and that parent’s requests for records that will help expose the truth are being ignored,” Ms Bath said.

“These allegations are not new – I have been advocating on behalf of parents’ in State Parliament for years – but the Andrews Labor Government still refuses to believe parents or offer support.

“Children coming home from school with repeated and unexplained injuries or trauma are just some of the stories that will be recounted at this week’s hearings.

“In another case, a parent requested a copy of the school’s report of an alleged incident on a school excursion, after their nonverbal child had to be taken to hospital.

“The Andrews Government forced the family to lodge a Freedom of Information (FOI) request if they wanted their child’s information – which shockingly arrived completely redacted.

“These children are nonverbal and cannot advocate for themselves.

“They and their parents and carers rely on an education system that is supportive, promotes transparency and best practice reporting, investigation and communication.”

The Disability Royal Commission was established in April 2019 in response to community concern about widespread reports of violence against, and the neglect, abuse, and exploitation of, people with disability.

Ms Bath has also called on the Minister for Education to conduct an independent investigation through the Commission for Children and Young People.

“The Disability Royal Commission is willing to come to the Latrobe Valley to listen, I am calling on the Andrews Government to do the same,” Ms Bath said.