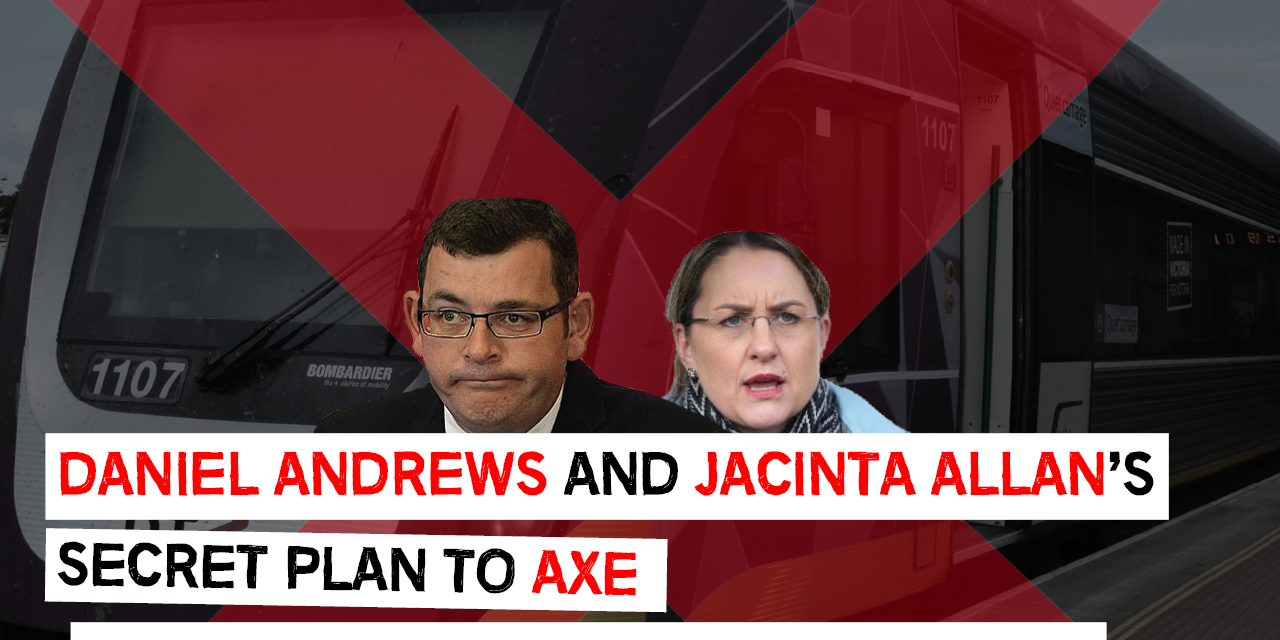 Daniel Andrews and his failed Public Transport Minister, Jacinta Allan, must come clean on their secret plan to swallow up country rail services into the struggling metropolitan PTV system.

The Andrews Labor Government has appointed Jeroen Weimar, CEO of Public Transport Victoria (PTV) to the role of V/Line Board Chairman from 1 July.

Only a Premier for Melbourne would orchestrate the takeover of our country rail services by Melbourne-focused bureaucrats.

Our regional communities want their rail services strengthened, not swallowed up by a city-focused administration that is preoccupied solving Melbourne’s commuter crush.

As Transport Minister, Jacinta Allan recently tried to take over and centralise bus services and only failed because private bus operators fought back against a raw deal that would have disadvantaged country communities.

Now its revealed Daniel Andrews and Jacinta Allan also have a secret plan for centralising our country rail services.

It’s time for Labor to come clean and tell us exactly what they are planning for our rail services because Regional Victoria can’t afford any more dud deals from the Premier for Melbourne.

Not content with smashing its performance, they are now putting in an urban Board Chair with clear riding instructions to make V/Line fit the Metro mould.

How will Mr Weimar deal with this clear conflict of interest when the priority of Metro trains conflict with country rail – V/Line – services? Whose side will he take?

The fear is that Metro services will repeatedly override country trains.

The May performance of V/Line is shocking but the solution is not a take-over of country rail by Daniel Andrews’ city-rail expert. The terrible fact is that city-rail performance has also declined.

Jeroen Weimar’s performance in conjunction with Minister Allan’s has seen: