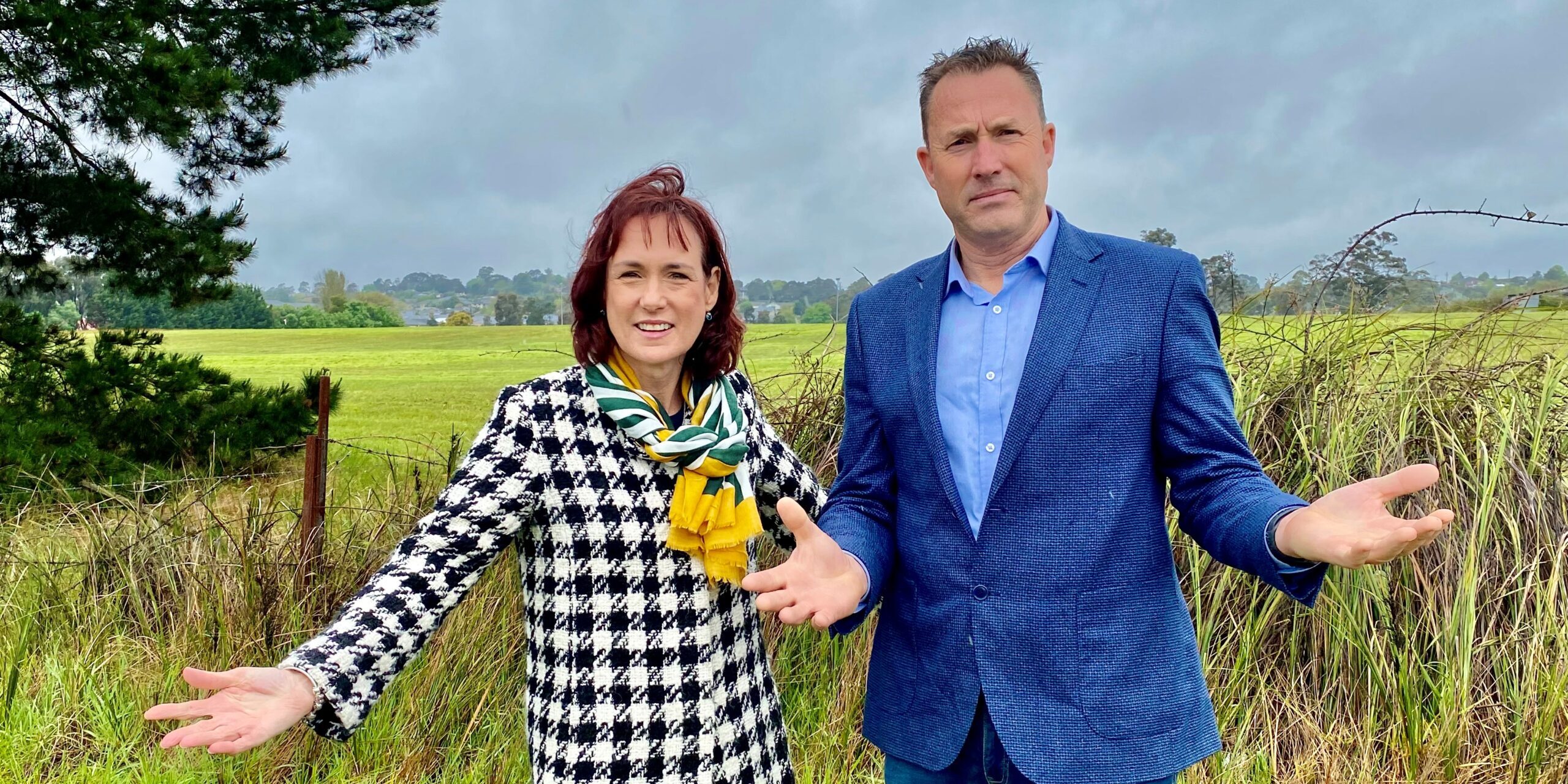 Is English Street, Morwell the site for the new Ambulance station as promised by Labor in 2015 and again in 2018; or the Commonwealth Games athlete’s village announced in 2022?

The Nationals have called on the Andrews Government to explain its broken promise for failing to deliver the new Morwell Ambulance Station after seven years.

Locals were shocked to learn Labor announced last week the English Street site owned by the Department of Health was now the Commonwealth Games athlete and official’s village and not the promised Ambulance Station.

The Andrews Government announced the new Morwell Ambulance Station would be built on the English Street site, with a line item included in the 2015 state budget.

At the time Labor stated, ‘planning and design works were underway’ for the Morwell Ambulance Station and ‘we’re giving our paramedics the facilities they deserve.’

Prior to the 2018 state election the Andrews Government then re- announced the Morwell Ambulance Station and erected a sign on English Street, spruiking it would be delivered early in 2019.

Ms Bath said Labor can’t keep sweeping the Morwell Ambulance Station under the carpet, nor can it keep saying it’s in the design and planning phase after seven years.

“Just like SEA electric car manufacturing factory, our Morwell Ambulance Station has evidently been relegated to the never, never.

“Our Morwell community deserves better, and our hardworking paramedics deserve the ‘fit for purpose’ station they were promised.”

The Nationals candidate for Morwell, Martin Cameron said you clearly can’t trust Labor, its’ announcements are all spin and of no substance.

“The Andrews Government has had seven years to build the new Morwell Ambulance Station in our community and it’s failed – any wonder Victoria is experiencing a heath crisis,” said Mr Cameron.

“Morwell deserves answers – where is our promised ambulance station and what’s become of the money allocated for our community?

“Was Labor simply hoping our Valley community would simply forget? – it’s now a case of same location, but a different announcement close to a state election – it lacks integrity.

“English Street is in a quiet, rural part of Morwell; this development will house 1000 people and it’s understandably come as quite a surprise to locals living nearby, but at the same time many are wondering where’s our promised ambulance station.

“Furthermore, why were locals living nearby not consulted with about the Commonwealth Games Village development considering its obvious impact on the area?

“Locals shouldn’t have to discover a large development is happening in their residential street from a state government media opp.”