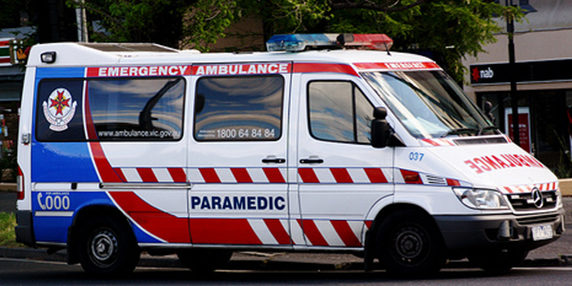 Bannockburn residents are concerned that someone will suffer dearly from ambulance delays, according to The Nationals candidate for Polwarth, David O’Brien.

Mr O’Brien recently doorknocked Bannockburn with The Nationals Leader, Peter Walsh, and said that a number of residents raised concerns about the delays in ambulance response times.

“One particular resident was a young mother, particularly concerned for the health and safety of children who may through incident, accident or illness required the service of an ambulance,” said Mr O’Brien.

“Some of the elderly folk we spoke with shared the concern. It is worrying to elderly people that the emergency services they rely on might not be there for them.

I call upon Jill Hennessey, Labor’s Minister for Health, to address the long delays as a matter of urgency,” said Mr O’Brien.

“The Minister should get down here herself and talk to the people of Bannockburn about their concerns with ambulance delays,” said Mr O’Brien.

The Labor Party has chosen not to field a candidate in the October 31, By-election for former Liberal Transport Minister Terry Mulder’s seat of Polwarth.