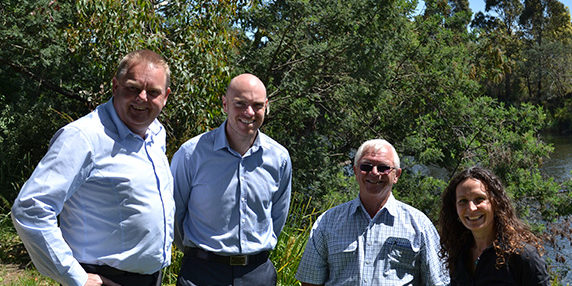 State Member for Gippsland East, Tim Bull, said he was pleased the Australian Adventure Festival to be held later this year – which he says could put East Gippsland on the international stage and bring millions to the local economy – will receive State Government funding.

“Having raised the matter at each of the April, May and June sittings of Parliament this year, explaining the event and seeking support, I was pleased to receive a letter from the Minister on Friday stating $75,000 has been allocated for this year’s event.

“Pre-election the Coalition committed $350,000 over the next four years in recognition of what this event can potentially do for this region and while this commitment is not to that level it will nevertheless be important in the developing years of the festival. I will pursue funding in future years also.

“There has been a lot of work go into the planning by East Gippsland Marketing Inc (EGMI) and its Adventure Festival Sub-committee, all hard working East Gippslanders who want to see the region promoted.

“The proposal was developed by EGMI, which received State Coalition and Local Government funds to develop a signature event for the region.”

Mr Bull said there would be several events as part of the Festival that included activities such as trail running, kayaking and mountain biking and the various skill levels will be catered for from elite to the “weekend warrior”.

“In addition, it is planned to have family friendly activities across the weekend providing sporting challenges for kids that mirror the adventure series; and shopping and food experiences including a nightly market.

“Lakes Entrance will be the focal point and base destination of the event, however the sporting challenges will take place throughout the East Gippsland region.

“The Australian Adventure Festival will bring together the world of adventure sports to compete in ultimate adventure challenges, all held in one of the most picturesque and diverse nature based destinations in Victoria.

“Based on estimated participation from the report that has been done, the event is expected to return an economic benefit of over $2 million in year one, growing exponentially as the competitor pool increases, but funds are required to get it off the ground,” Mr Bull said.