A win for common sense and CFA volunteers 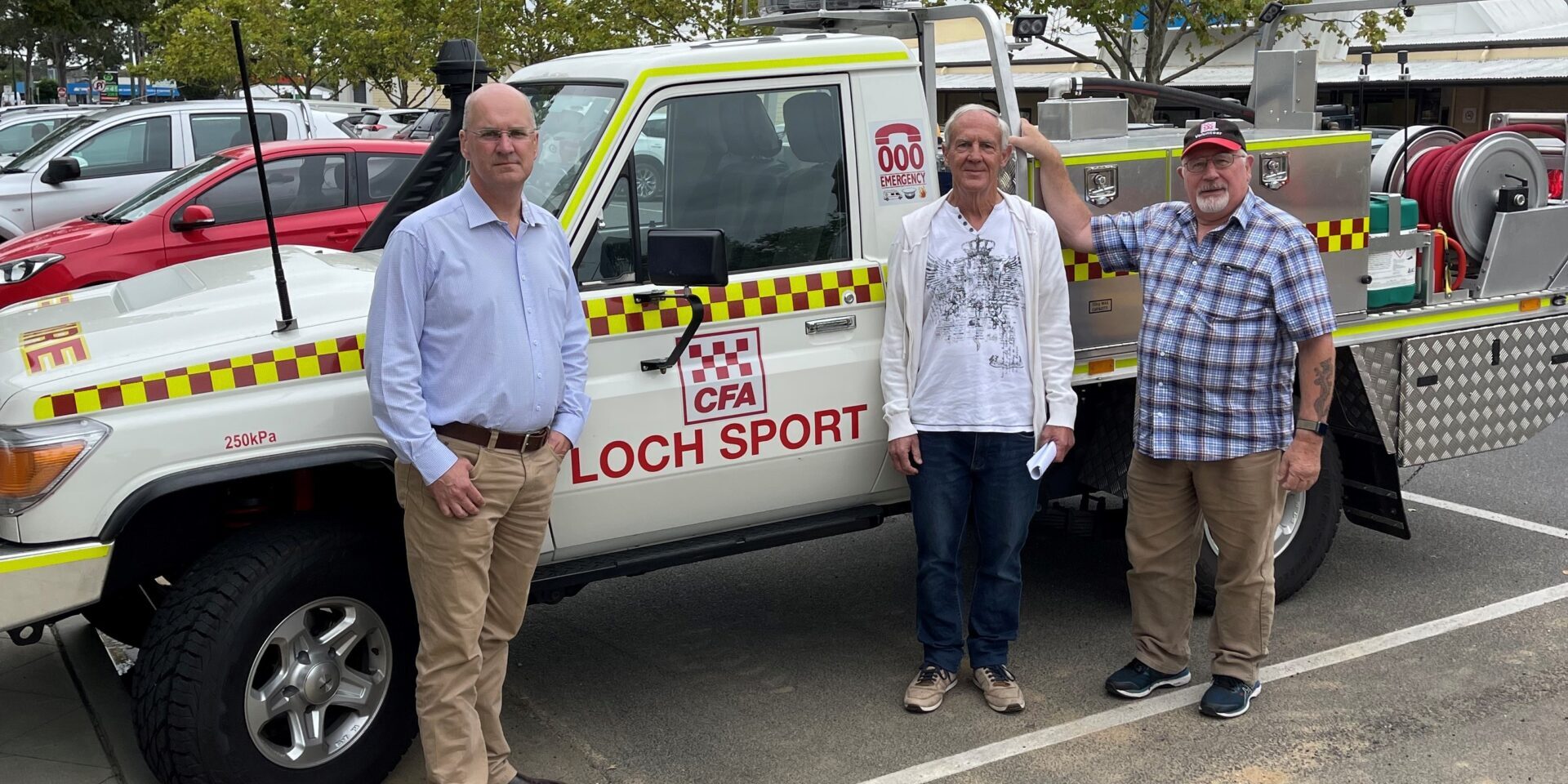 Local CFA brigades who were asked to reduce the volume of water carried on firefighting vehicles to overcome an engineering failure have had a win, with works now completed to see their vehicles returned to full operational capacity.

Earlier this year The Nationals Member for Gippsland South, Danny O’Brien asked the Minister for Emergency Services to take immediate action to rectify a problem with certain ultralight vehicles to ensure the safety of volunteers and those they serve.

“Over 40 fire brigades were negatively impacted by this “engineering flaw” including Loch Sport, Yanakie, Meeniyan and Cowwarr,” Mr O’Brien said.

“The brigades were provided with a Toyota Landcruiser that had weight-bearing issues in relation to the rear axle due to the gear needed to be carried on the back including a tank and various other bits and pieces.

“Many brigades including those at Yanakie and Loch Sport were forced to adapt to the engineering flaw throughout the 2021-2022 fire season resulting in unnecessary risk that could and should have been avoided.

“Of greatest concern was the requirement that water capacity on the ultra-light tankers be reduced to limit weight in the vehicles. It beggars belief that taking less water on a fire-fighting appliance would be seen as acceptable.”

Mr O’Brien said he had now been assured by the Minister that the issues with the vehicles have been fixed following the application of an engineering solution.

“These vehicles should never have been rolled out to our fire brigades without first ensuring that they were fit-for-purpose.

“This is a win for common sense and for the safety of our volunteers and wider community.”