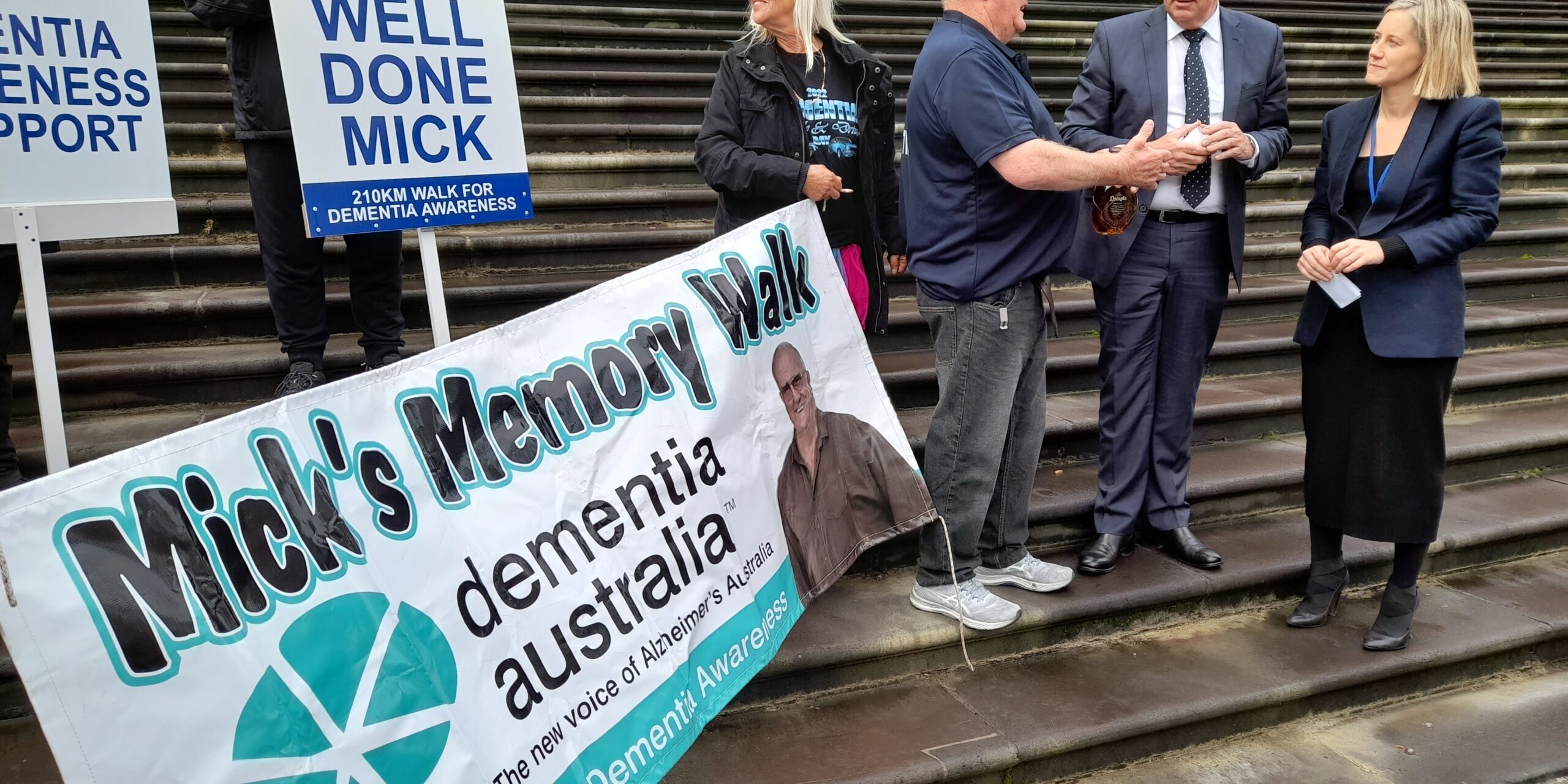 A lack of healthcare options for regional Victorians diagnosed with dementia was the catalyst for a nearly 200km walk from north-east Victoria which arrived at Victorian Parliament in Melbourne today.

Leader of The Nationals Peter Walsh was on the front steps of Parliament with a celebratory whiskey in hand to meet Kyabram health champion Mick Simpson as he completed the 190km walk to raise awareness and funding for dementia research.

Mr Simpson, 66, was diagnosed with dementia in 2018, prompting a four-year campaign to reduce the stigma and boost support for rural people in the first 12 months after their diagnosis.

“Victoria’s health crisis didn’t start because of COVID – the cracks were there long before, particularly in our rural communities that have long struggled to attract and retain rural health workers,” Mr Walsh said.

“There is a serious issue in our hospital system that the Andrews Government – and previous Labor governments that have been in power for 19 of the past 23 years – has failed to address.

“Our health care workers, doctors, nurses, everybody working in the system, have done such a tremendous job, but they have been let down by a crisis that’s tragically costing Victorian lives.

“Only a change in government will deliver the Liberals and Nationals’ plan for long-term funding and a recruitment drive for proper resourcing of the health workforce. This will be supported by improved data transparency to make sure extra resources can be directed where they are needed most.”

Mr Simpson’s walk took him from Kyabram via Seymour and on to Melbourne in a nine day walk that’s raised more than $5,200 for Dementia Australia.

“Back in 2018, I was diagnosed with dementia and in the country areas trying to talk to people is so frustrating because the services are not there when you really need a hand,” Mr Simpson said.

Figures from Dementia Australia show there are almost 500,000 people living with dementia in Australia. But sadly, that’s expected to rise to more than a million in the next 20 years.

“We used to fob it off as an old person’s disease, but it’s starting to get to the stage where it’s frightening – from 20 years of age up now,” Mr Simpson said.

“All governments – Federal and State – need to act, now.”