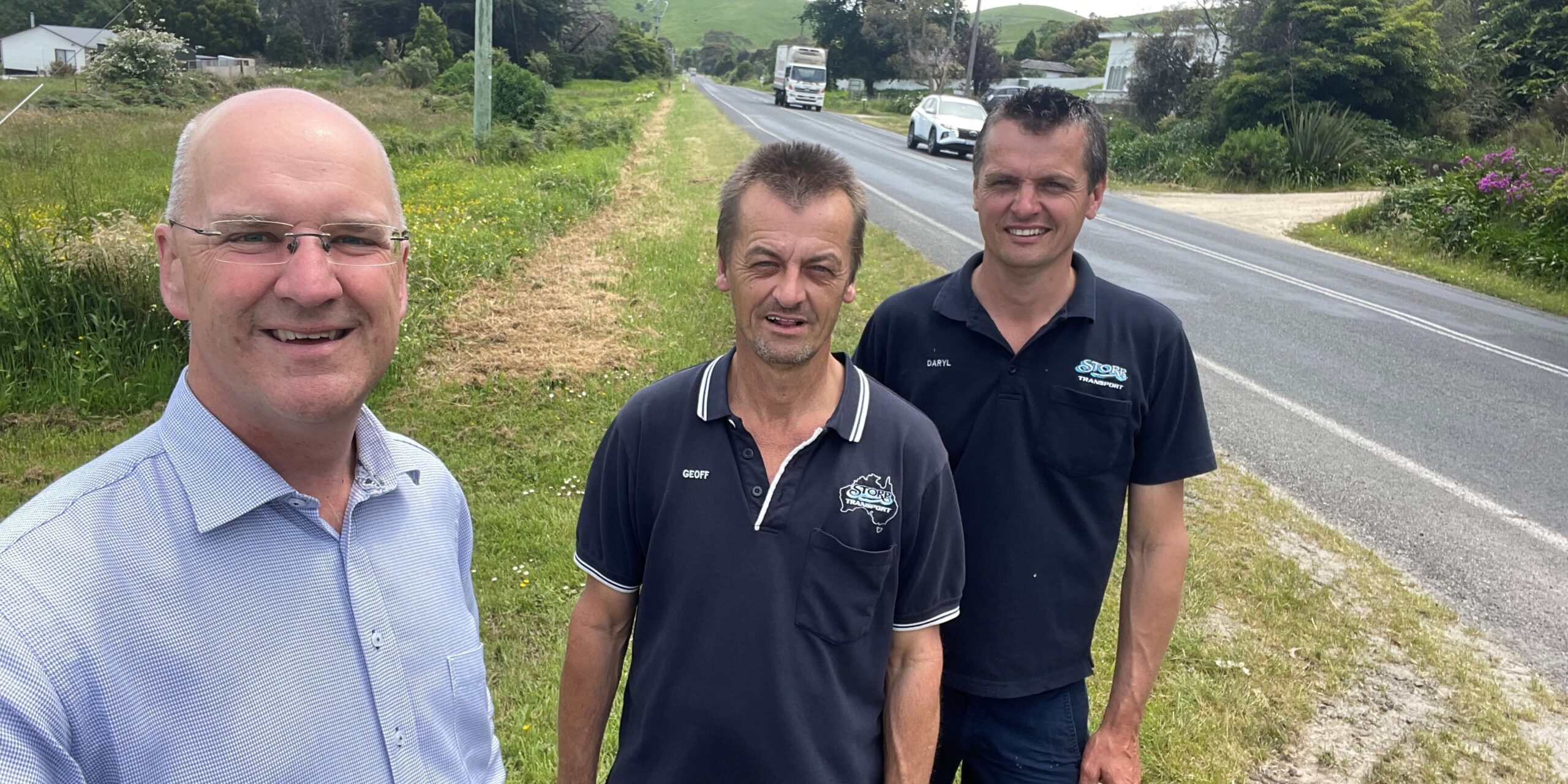 A new overtaking lane will be completed on the South Gippsland Highway west of Toora under The Nationals in government with a $1.5 million commitment.

The Nationals Member for Gippsland South and Shadow Minster for Roads and Public Transport, Danny O’Brien said the addition of an overtaking lane on the highway between Foster and Yarram was long overdue.

“The South Gippsland Highway is the main thoroughfare in South Gippsland and this particular stretch is a regular source of complaint with no overtaking lanes west of Foster,” Mr O’Brien said.

“It’s not uncommon to have slow moving vehicles such as cars towing boats and caravans or long trucks travelling this stretch of road and the inability to overtake is a real source of frustration for many.

“While there are a few narrow stretches of straight road that allow the opportunity to overtake, a dedicated overtaking lane will improve the flow of traffic and offer a real solution to improve road safety for the community and visitors to the area.”

“It has long been known that something needs to be done, with a parcel of land being purchased to allow for an overtaking lane between Foster and Toora around 20 years ago.

“Labor’s mismanagement and cost blow-outs on the current Black Spur bends project has meant the over-taking lane has been forfeited and left by the wayside, but The Nationals in government will see it through to completion.

“With frequent tourist and farming traffic traversing the windy road between Foster and Toora the need for an overtaking lane is obvious and it is time to finish what was started two decades ago.”

“Only The Nationals in government have a plan to fix and improve Victoria’s roads by providing $10 billion in funding over 10 years to fix Victoria’s crumbling road system and to re-establish the successful Country Roads and Bridges program to fix local council roads.”