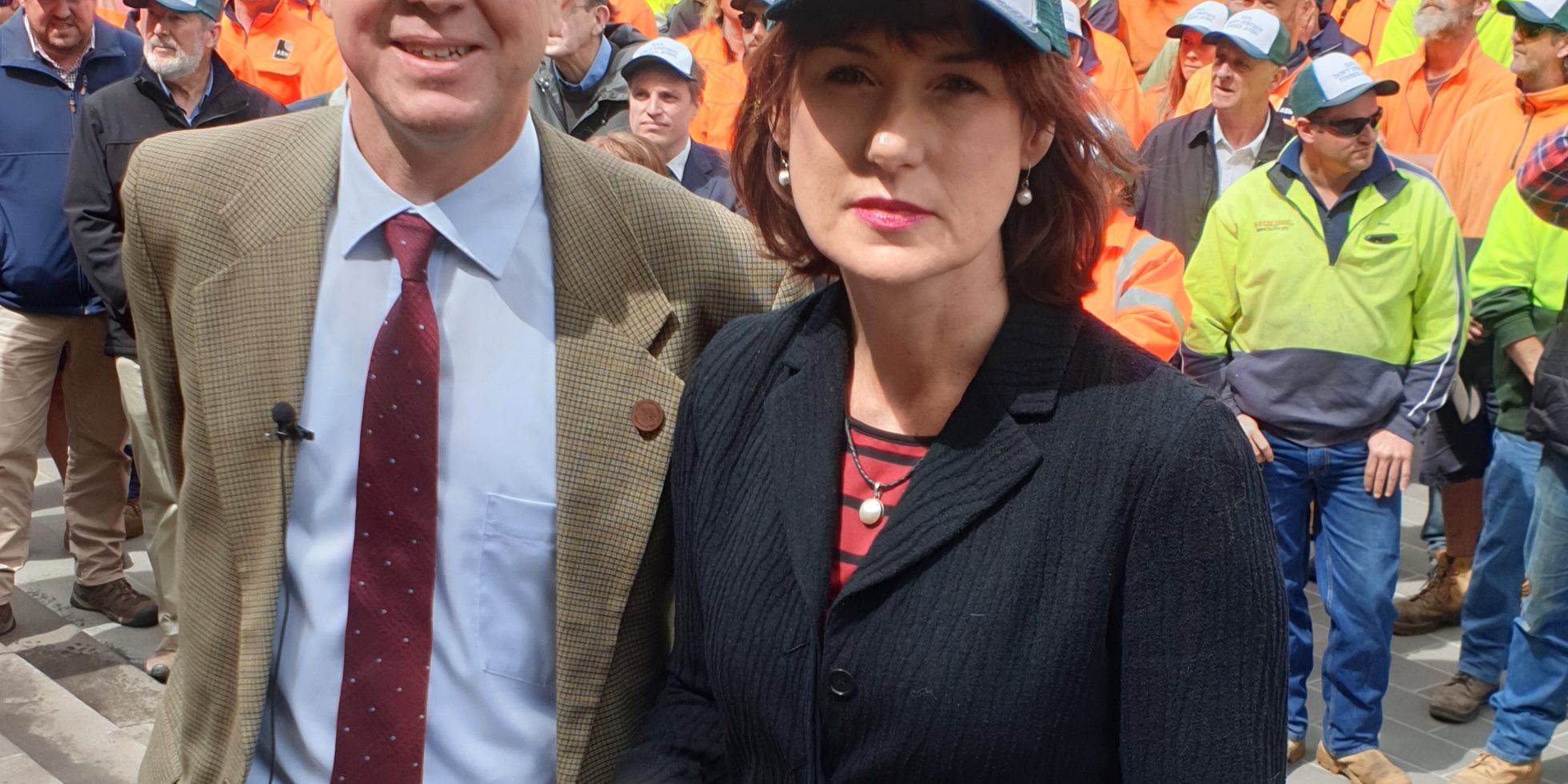 The fight to save the native timber industry moved to Melbourne with a rally on the steps of Parliament House today.

“It’s disgraceful Daniel Andrews and his Labor MP’s did not come out to talk with timber workers today.

“Labor MP’s chose to stay inside their offices, instead of facing the people who stand to lose their job at the hands of their abhorrent policy.

“Daniel Andrews decision to destroy the native timber industry is backwards step which will socially and economically hurt Gippsland.”

The Liberal Nationals have pledged to reverse the ban if elected to government in 2022.

It was also confirmed today the Liberal Nations will refer the ban to a Parliamentary Upper House Committee.

Following the rally, Ms Bath questioned the Agriculture Minister about the inability of plantation timber to replace the type and quality of timber produced from our native timber forests during State Parliament.

Ms Bath said Minister Symes did not answer her question, instead she trumpeted Labor propaganda in an attempt to justify and deflect criticism away from Labor’s so-called transition plan.

“Native timber takes a minimum 40 – 55 years to mature to saw log grade, but Minister Symes would have us believe it can be achieved within 10 years.

“It was insulting to timber workers to hear Minister Symes close her response to my question with, ‘We are on the journey with them’.

“As not one Labor MP had the decency to speak with timber workers at Parliament House today, Ms Symes’ response is offensive.”

“Instead of selling out regional jobs and undermining the industry with Labor ideology, Daniel Andrews should be embracing Victoria’s sustainable world class forestry industry.

“Today’s rally demonstrates the passion and support there is for timber jobs.

“This fight is far from over and we will continue to support Victoria’s native timber industry.”