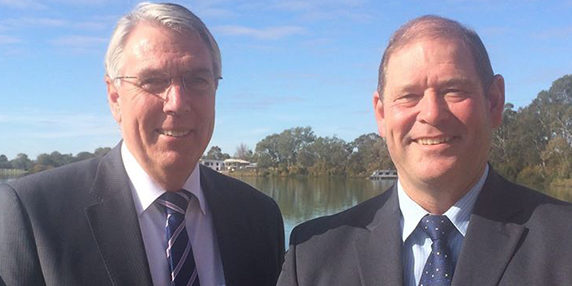 Nationals Member for Ovens Valley Tim McCurdy has been appointed to the Shadow Cabinet.

The positions were vacant after Damian Drum stood down from State Parliament to contest the seat of Murray in the July 2 Federal election.

“I’m honoured to take on these roles and carry on the great work of Damian Drum.

“It’s a significant responsibility given Regional Development, Veterans and Sport are important to so many Victorians.

“I look forward to the opportunity I’ve been given to make a positive difference in these areas.

“I’ve always been a staunch advocate for regional development and I’m excited to broaden my work to a state level.

“Under Daniel Andrews, the further you live from Melbourne, the less our regional communities get. I’ll continue the Coalition’s work of holding this Labor Government to account.

“I also look forward to working with Victoria’s veterans’ communities, including the Victorian RSL and its many sub-branches which are unparalleled in their advocacy and support services.

“Similarly, I’m very pleased to have the opportunity to lobby for Victoria’s sporting community.

“From junior levels and social clubs right through to elite ranks, Victorians love their sport and I look forward to working with clubs and sporting organisations to grow participation and support the events that Victorians love.”