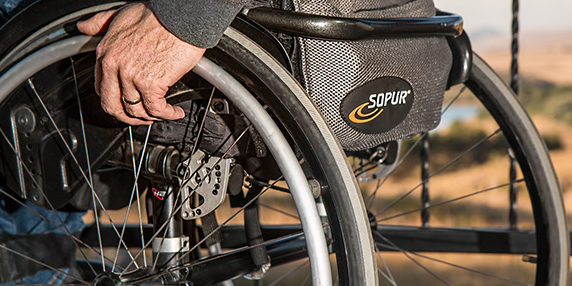 Victorians with disabilities and their families will receive funding to cover the cost of the AFL parade holiday, thanks to pressure from the Liberal-Nationals Coalition.

People with disabilities and their families were going to have to pay up to hundreds of extra dollars for carers on AFL parade day, because their Individual Support Packages did not include money for the penalty rates.

In some cases people with disabilities were planning to cancel part or all of their care on AFL parade day to lower the cost, leaving them bed-ridden or their families taking on the carer role for the day.

“It’s disappointing the Andrews Labor Government has only provided this support under pressure at the 11th hour, but I’m pleased common sense has prevailed,” Mr Bull said.

“In Daniel Andrews’ rush to introduce this parade holiday he forgot all about those in the disability and aged care sectors, who are some of the most vulnerable in our community.

“I’m sure people with disabilities and their families will breathe a sigh of relief today, and now the government needs to show the same support to the aged care sector, which is facing a similar situation of increased costs because of AFL parade day.”