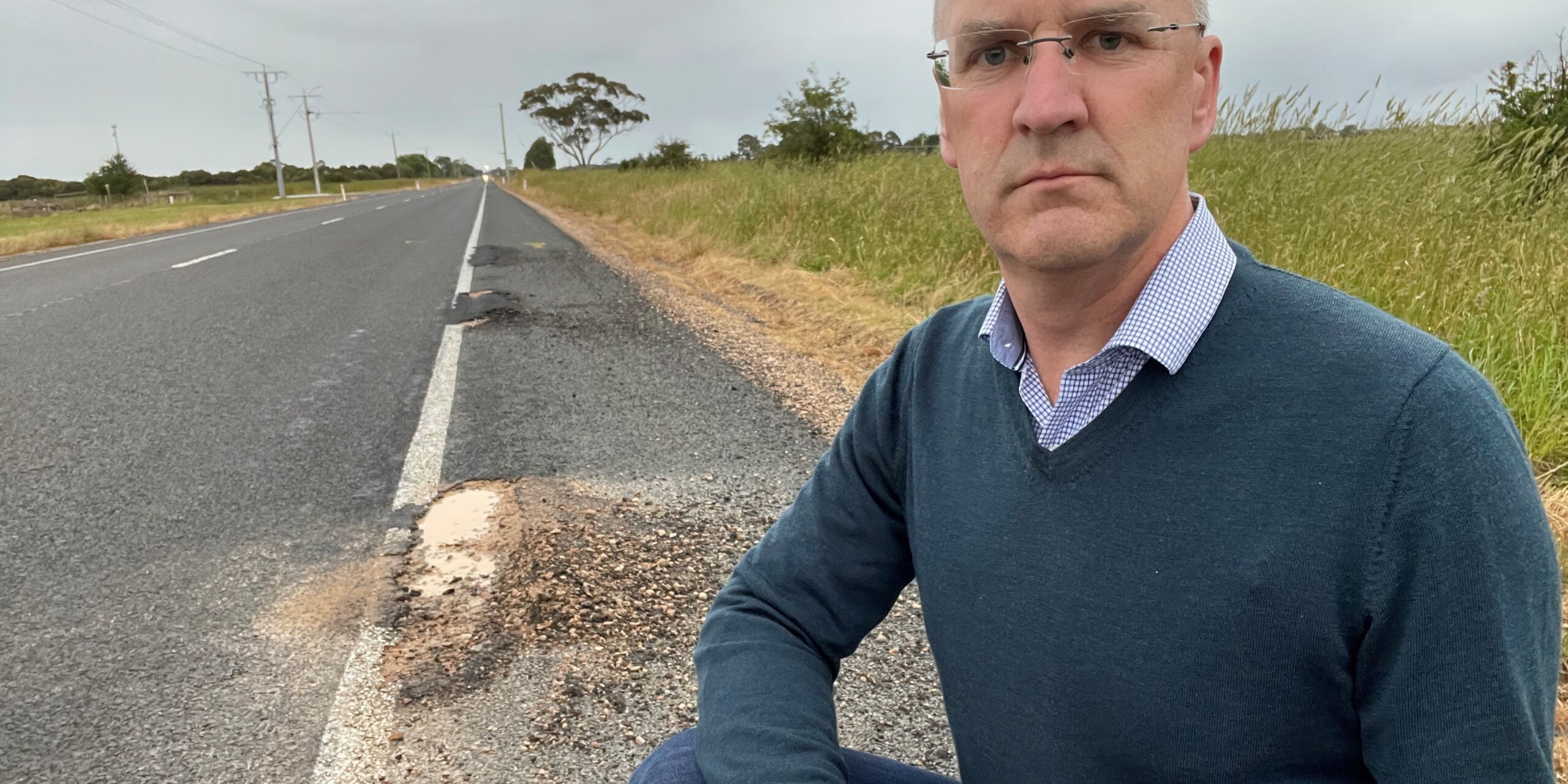 The Andrews Labor Government has admitted it “expected” weaknesses in road pavements to be revealed by recent shoulder widening works across Gippsland that left local arterial roads in a state of disrepair.

Responding to questioning by The Nationals Member for Gippsland South, Danny O’Brien, the State Minister for Roads, Ben Carroll, confessed that the construction method chosen for the shoulder works focussed on delivering length despite knowing that such methods could compromise the underlying road structure.

“Many Gippslanders are angry at the fact that shoulder widening works on many local roads began to break up almost immediately after construction.

“The Minister has now revealed that the Government focussed on getting the most length for the money available and actually anticipated that shoulder seals would fail, especially along the join between existing road and new shoulder.  As locals know, that’s exactly what happened.

“I’m not quite sure whether to the give the Minister a 10 for honesty or a 1 for the failure to fix the roads properly.”

The Minister’s response also revealed that contracts for these works included contingency for repairs in the knowledge the pavement may fail.

“While I’m pleased that this means taxpayers are not forking out extra money to fix the faults, it does beg the question as to whether we are paying more upfront anyway.

“In the meantime, we are left with potholes and road surface damage as patch-ups are carried out.

“There is no doubt that shoulders along these roads will improve safety, but this is severely undermined if the resulting roads are sub-standard.

“If this damage was indeed anticipated then its repair should have been better planned and managed.”