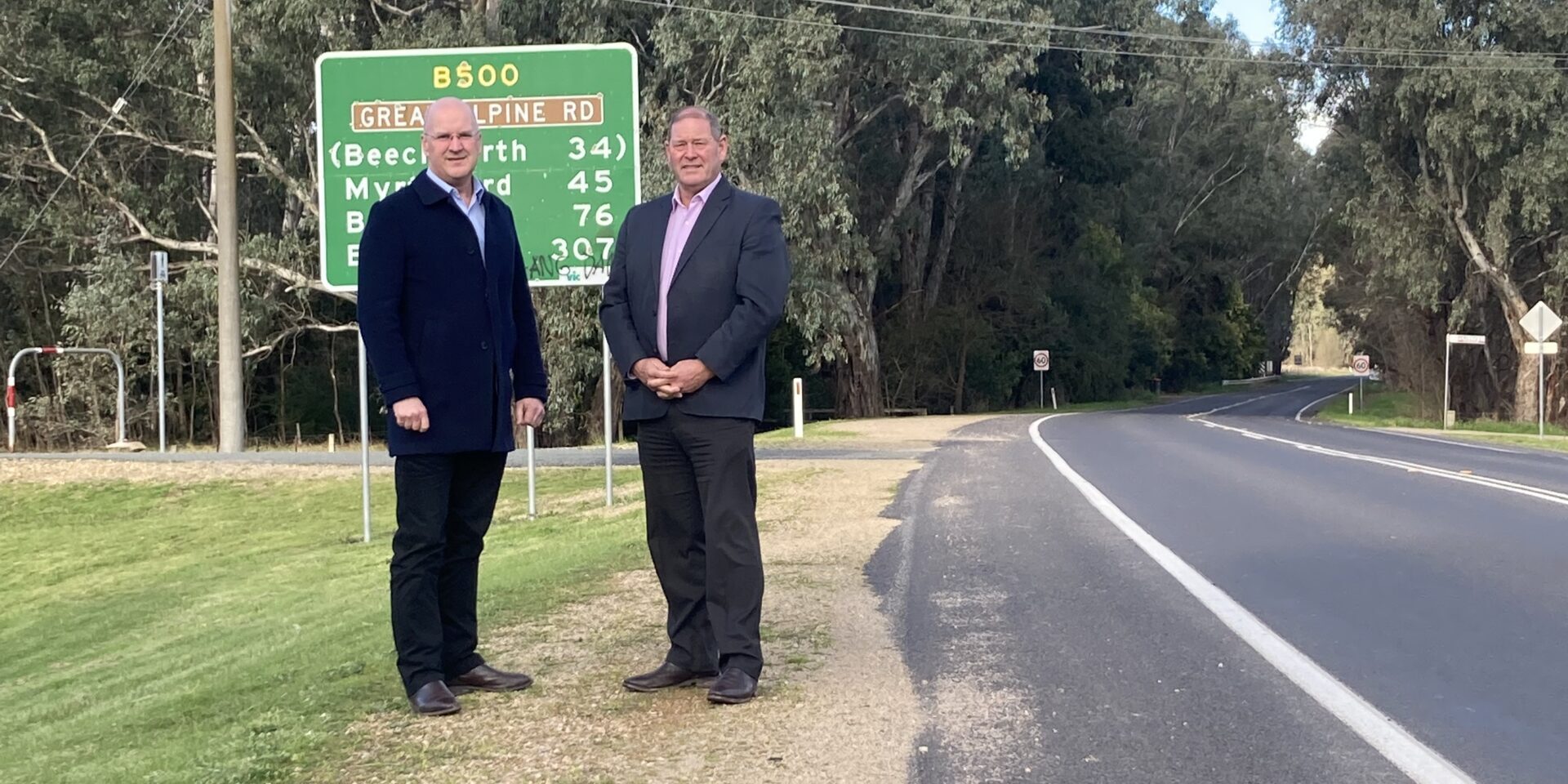 Crumbling roads in the Ovens Valley will be revived under a $288 million Nationals’ plan to re-establish the successful Country Roads and Bridges Program.

Under the plan, annual grants of up to $1.5 million will be available to Victoria’s 48 rural shires and regional councils over the next term of government to fund the restoration and renewal of deteriorating road and bridge infrastructure.

Nationals Member for Ovens Valley, Tim McCurdy, said, “This program means motorists in the Ovens Valley will have smoother, safer roads after years of neglect by Labor.”

Mr McCurdy also acknowledged that roads maintenance is a huge financial burden for regional councils, who generally have more roads to maintain with less rate income.

“This additional $1.5 million a year will provide a massive relief to local councils who have to maintain thousands of kilometres of roads, as well as bridges that were built almost a century ago.

“The Andrews Labor Government axed the successful program and didn’t replace it, resulting in the dire road situation we are now in.”

Mr McCurdy said that by providing funding certainty, councils were able to do repairs that will last.

“The extra certainty and funding means that councils can afford to do a bit more than patching up the road for a few weeks. It also means that they can plan for long-term maintenance.

Mr McCurdy said that bringing the Country Roads and Bridges Program back will help to mend years of Labor neglect and mismanagement.