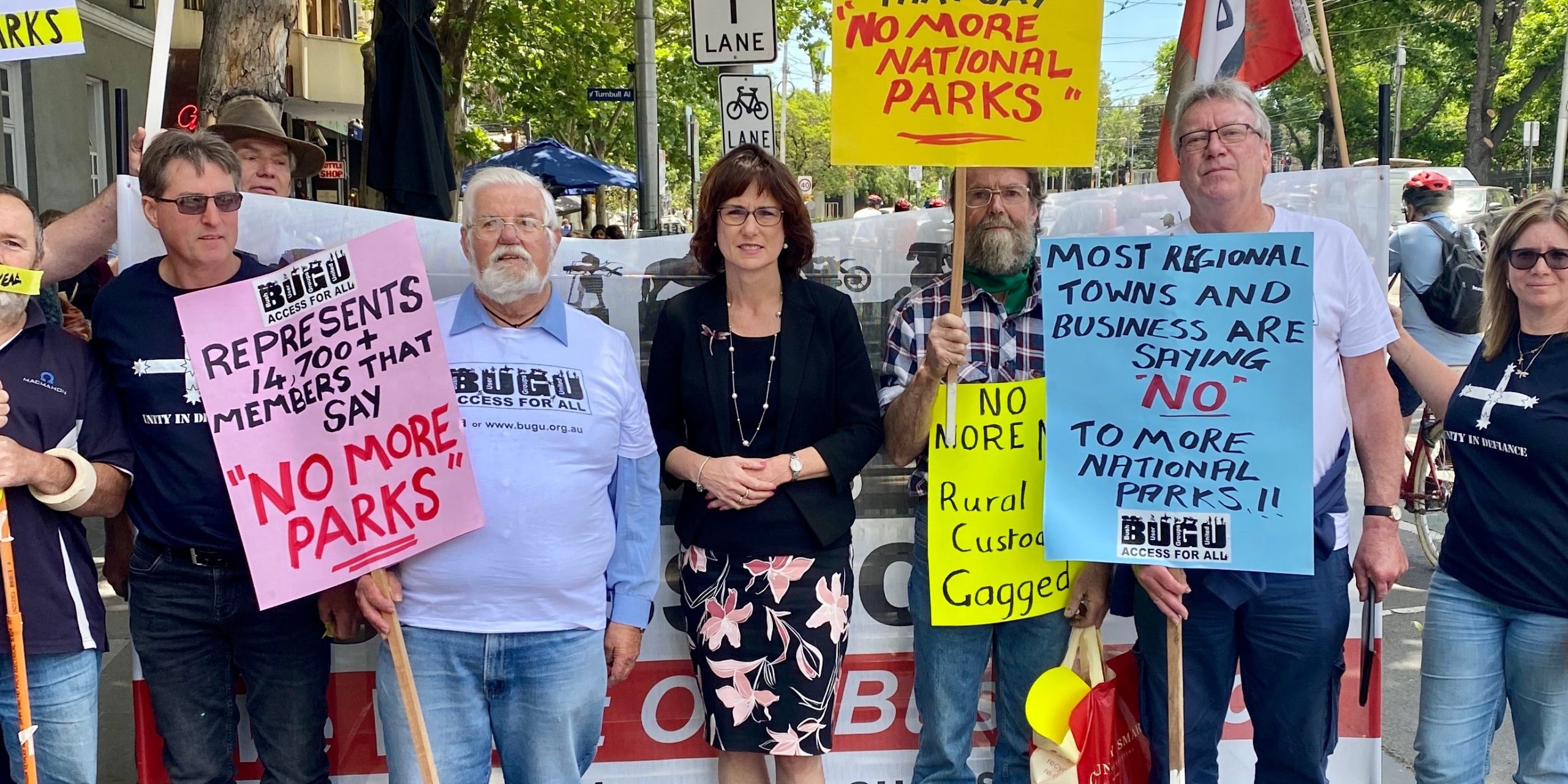 Bush users have been left hanging by the Andrews Labor Government as it continues to delay its response to a report that recommended locking up state forests in national parks.

The Victorian Environmental Assessment Council’s (VEAC) Central West investigation recommended locking up more than 77,000 hectares of forest at Mount Cole, Wombat and Wellsford state forests and in the Pyrenees region.

The State Government’s response was due in February, but in March Environment Minister Lily D’Ambrosio told Parliament a response would come “at the most appropriate time”.

Shadow Minister for Public Land Use Melina Bath and The Nationals Member for Eastern Victoria Region said the clear message to Daniel Andrews was Victorian bush users want these forest areas to stay open for public use.

“Any plan to close off our state forests and restrict bush user activity must be immediately stopped,” said Ms Bath.

“The bush is a way of life in country Victoria and responsible bush users make sure they leave our state forest in a better state than they found it.

“Camping, 4WDing, prospecting, horse riding and hunting are favourite past-times that allows families and friends to experience the very best of regional Victoria together.

“But under Labor, more and more of our public land is being locked up and bush users are being pushed out.

“The Nationals strongly support our bush users’ calls to allow them to keep doing the recreational activities we’ve enjoyed for many generations.”

Ms Bath has urged the Government to reject VEAC’s recommendations.

“There will be severe restrictions on what we can and can’t do if the Andrews Labor Government accepts VEAC’s plan to lock up more public land in national parks,” Ms Bath said.

“Daniel Andrews must park his plan to lock up more of Victoria’s public land.”