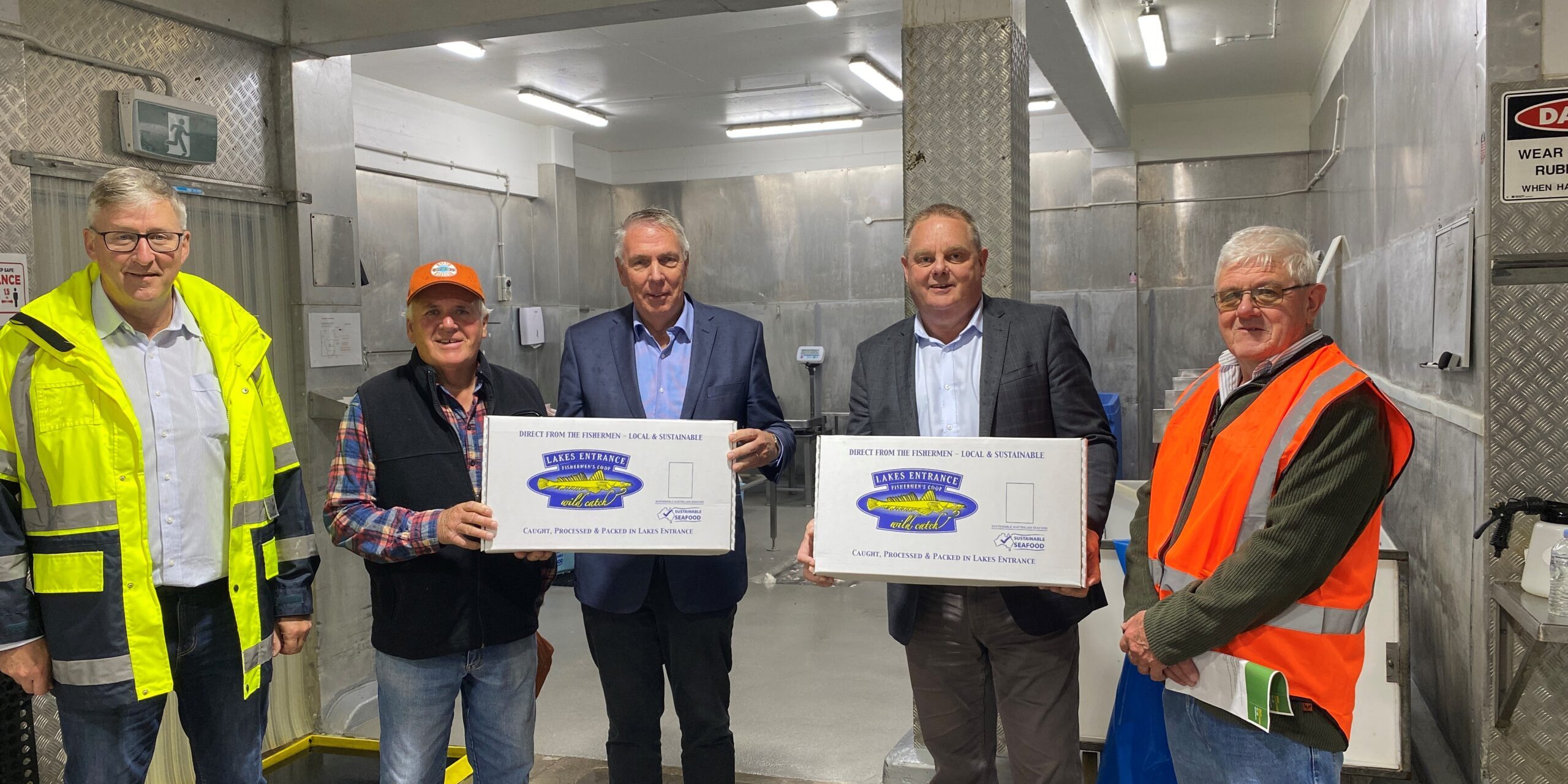 Lakes Entrance Fishermen Limited (LEFL), formerly known as the fishermen’s co-operative, will receive a $5 million rebuild and country of origin seafood labelling will be introduced if the Victorian Liberals and Nationals win the upcoming State election.

In making the commitment, Gippsland East Nationals MP, Tim Bull, said the rebuild will be part of the Coalition’s Bringing Manufacturing Home Fund, which was created to grow manufacturing and support Victorian businesses that compete against international imports.

“As the biggest fishing port in the country, LEFL is a major employer in the town and a great contributor to not only the local economy, but also the state.

“LEFL was established in 1968, when a group of fishermen recognised the need of having an unloading facility that could be used collectively, but the reality is the 54-year-old infrastructure is well worn and needing a rebuild.

“Given this town relies on LEFL to such a large degree, I am delighted to announce with the Shadow Minister for Regional Victoria and Leader of the Nationals, Peter Walsh, that we will partner with LEFL to rebuilding this facility.”

“In addition to providing seafood to markets, LEFL has a public viewing area where people can watch the catch being offloaded from the fishing fleet.  Improving this visitor experience with an all-abilities access ramp and elevated viewing platform will be part of the upgrade.

“Works have also commenced for the on-water café, which will make the Bullock Island precinct a wonderful visitor attraction for locals and tourists,” he said.

Mr Walsh said the fishing industry is critical to our state’s prosperity and many will be surprised to know that as an island nation, we are a nett importer of seafood.

“We are home to one of the most highly regulated and high-quality seafood sectors in the world and it is an industry we need to not only support, but grow.”

This comes at the same time the Liberals and Nationals have announced that seafood lovers will now know where their fish was sourced.

Mr Bull said, “we will introduce laws for cooked seafood that already exist for uncooked seafood, where hospitality venues specify whether it was imported or caught in Australia.”

“It has been well received by the fishing sector as well as consumers and is all about supporting our local seafood industry,” he said.